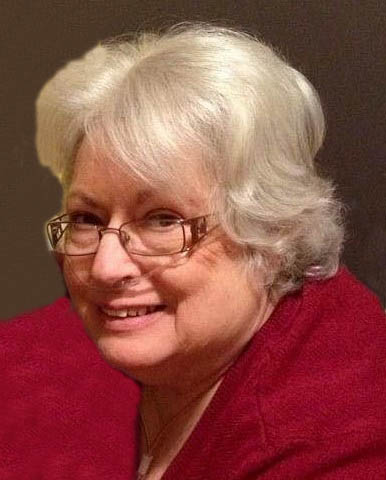 She was born November 6, 1943 a daughter of the late Dale Jones and Ruth Adele Nelson in Bellaire, Ohio.

Adele attended Powhatan High School and was a Methodist by faith. She was a homemaker and loving mother.

Adele was preceded in death by her parents as well as her step-father Clarence Glass. In addition she was preceded by her husband of 43 years, David Arthur Harrigan as well as a sister Carolyn “Kay” Loew.

In addition she is survived by two grandchildren, Justin and Joshua Bradley and two great-grandchildren, Tyler and Gage as well as several nieces and nephews.

Family and friends will be received at the Bauknecht-Altmeyer Funeral Homes & Crematory 186 Main Street, Powhatan Point, Ohio 43942 on Wednesday July 12, 2017 from 12pm until 4 pm.

The family asks that any contributions be made to the son at “TMCFunding.com” to assist with Adeles final expenses.

Share your thoughts and memories of Adele with the family at www.bauknechtaltmeyer.com

So sorry to hear of Adele’s passing….haven’t seen her for many years but remember her as a beautiful woman….and her Dale was her pride n joy….So to the family I send my sincere condolences…..

So very sorry for your loss.

So sorry to hear this. My thoughts & prayers are with the family. We all used to roller skate together & had such great times. Hugs to Pam, Roxanne, & Kevin.

Dale & Tammy,
Adele was a great friend and neighbor….

Sorry for your lost…may you find comfort..

Dale & Tammy,
Sorry for your loss. Many memories I have, Adele was a wonderful neighbor, Mom, wife, and Grandma…..beautiful person inside and out. She will always be a big part of my childhood…her smile and laugh I can picture in my mind….may your family find comfort during this difficult time…

Adele was a good person. She loved her family deeply. I loved to hear her laugh and had an infectious smile. She will always be in my heart. Many prayers of peace to Dale, Tami and their family.