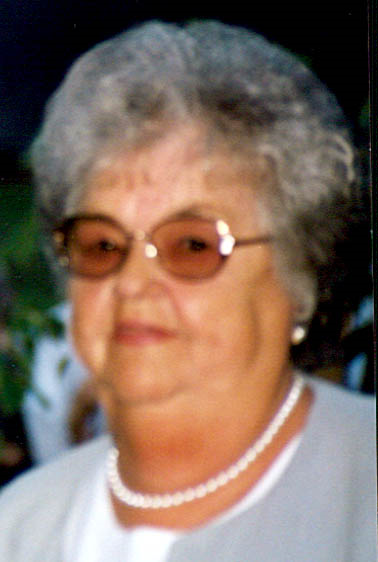 Anne Mae Eddy, 79 of St.Clairsville, Ohio died Saturday July 22nd at her home surrounded by her loved ones.

She fought a long battle against cancer and is now at peace.

Anna was born on July 25, 1937 a daughter of the late Charles and Virginia (Sparks) Seevers in Newport, Ohio.

Anna worked as a nurses aide for Bellaire City Hospital for 11 years and volunteered at OVMC.

She dedicated her life to her family and children.

She was preceded in death by her parents, her first husband, Charles W. Eddy and her second husband Kenneth Eddy. She was the last of her siblings who all preceded her as well, brothers, Richard, Donald and Charles Seevers and sisters, Joann Malone and Mary Dearth.

Family and friends will be received at the Bauknecht-Altmeyer Funeral Homes – 441, 37th Street, Bellaire, Ohio 43906 on Tuesday July 25, 2017 from 9 am until time of Funeral service at 12pm with Rev. James Hoff officiating.

Burial will be held at Holly Memorial Gardens in the Mausoleum after the service.

Memorial contributions can be made to the American Cancer Society by going to “TMCFunding.Com“.

Share your thoughts and memories of Anna with the family at www.bauknechtaltmeyer.com

To Doug and Beverly,
My condolence to your family in the passing of your mother. In this difficult time may she rest in Peace. God Bless.

So very sorry for your loss. I worked with Anna for her whole time at Bellaire, and went to Florida with her and five other people. I always enjoyed being with her. My thoughts and prayers will be with the family in this time of sorrow. Ruth Gross.

Prayers to the family. She was a great person and friend

Doug,Bev,Tony,Missy and Glenda. I am sorry to hear of Anna Mae’s passing. I have very fond memories of the good times spent at your house and the trips to Marietta. I still make that sweet tea she made. Know that I am thinking of all of you as you go through this difficult time. May she rest easy. Love you.

So sorry for the loss of your Mom and Grandma, Missy, Tony, Glenda and Kayla. I worked with her at Bellaire Hospital as a new nurse. She was so nice and funny to work with. Taught me a lot. I remember her telling me about her getting up so early for dayshift. Like 4:30AM to drink her
coffee. Didn’t realize she was your Mom, Glenda. Please accept my condolences. What a great lady!

Doug,Bev,Tony,Missy,Glenda . Our thoughts and prayers are with you . So sorry for your loss.

So sorry to hear of the loss of your Mom, Missy. Rest assured that she is pain free and at peace. Prayers for you and your family.

Bev, I am so sorry for your lost. Your mom was a pretty neat mom. I remember spending the night at your house when we were in high school, and I loved it when your mom got excited, I always thought she talked so fast! She fit right in with all the kids, I have to ask my granddaughter to repeat herself all the time because she talks so fast!!!! Once in a while I’ll ask her if she is related to Mrs. Eddy. I am hoping to stop in Tuesday morning, it would be nice to see you, although I wish it was for a different reason.
Genevieve