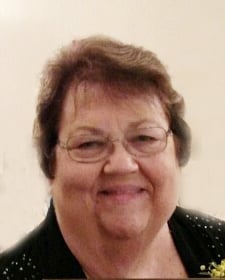 Anna Marie Reyes 71, of Apollo Beach., FL. and St.Clairsville, OH, passed peacefully at Wheeling Hospital, April 27, 2018. She went to be with our Lord and her husband, Dr. David Reyes.

Anna Marie (Sue) was born in Bellaire, Ohio March 11, 1947. She touched so many lives and will be deeply missed by many. Anna Marie graduated from Powhatan High School and Ohio Valley General Hospital School of Nursing as an RN. She attended Cleveland State University. Her nursing experience included pediatrics, orthopedics, neurosurgery, and urology, and 25 years of thoracic and cardiovascular surgery as a nurse at her husbands office. Anna Marie and her husband lived in Bay City, Michigan while he was in Practice. She was very active in the Bay City Medical Center Hospital Auxiliary and the Bay City County Medical Society Auxiliary. She was Mobile Meal Coordinator for delivery of meals for over 15 years. She was a teacher’s aide for reading in the Catholic School of Bay City. After moving back to the Valley She was an active supporter of the Ohio Valley School of Nursing Alumni Assoc. and also established a proud nursing group called “The 68 Society”.

She was part owner of two of the country’s best yogurt stores in Zanesville, and Pickerington, OH, and assisted her brother in his other business ventures. She was a proud member of the Powhatan First Presbyterian Church.

She was preceded in death by her mother and father, Owenah (Smith) and Randall West, her husband, Dr. David Reyes; her brother, Lanny West and brother-in-law’s William Hoffman, and Robert Roe.

She is survived by two sisters, Bernadine Hoffman of Martins Ferry, OH and Irene Roe of Batesville, OH, a brother, Robert and his wife Lisa West of St Clairsville, OH, a nephew, Ken (Sharon) Hoffman of Trabuco, CA; three nieces; Kimberly (Roger) Cottrell of Morgantown, WV, Nicole Larson ,and Melissa (Vibol )Maney all of Galloway,OH. and many other great nieces and nephews.

Family and friends will be received Sunday from noon until 8 pm at the Bauknecht-Altmeyer Funeral Homes and Crematory, 186 Main Street, Powhatan Pt, Ohio and on Monday from 9am until time of funeral service at 11am.

Memorial contributions may be made to the Powhatan First Presbyterian Church @TMCFunding.com

Anna Marie and I shared the last name in nursing school, and were often seated next to each other. She called me “the smart one”, but she was really the smart West. I loved how she kept the “68 Society” together and kept all of us updated on each other’s lives. I especially loved her stories about some of her experiences as a nurse. Sometimes I laughed so hard, I had tears in my eyes. Whenever I see a monkey, I think of her monkey story. I loved hearing her tell that tale. She will be missed by so many. Our “68 society” will not be the same without her.

My dear friend who I called my sister. Anna Marie gave me guidance, love and wisdom. I miss you but I know David and my mom and dad are all together again discussing Michigan and Ohio state.. Bob you had her heart! Love, Sara Norris Klawiter and Warren

Jim & I are so sad to hear about Suzie. She was a wonderful, caring, loving lady. She has touched so many lives and will be missed by everyone. Was blessed to have known her. Rest In Peace Suzie Bell!!

Sue was a woman who lived by the motto “Never let anyone leave you without feeling better or happier.” She touched so many lives with her infectious generous spirit. We are all better people for having known SUE. May looking back on your memories help comfort all of you in the new tomorrows. So very very sorry for your loss.

The death of a loved one is the most devastating experience that a family can face. At times the loss may seem unbearable. For those of us who are left to mourn, we have the hope and the promise held out to us from God’s word that we will see our loved ones again. John 6:40

So sorry for your loss. Thoughts and prayers for your family.
John and Lorri Straight (friends of Melissa and Vibol Many)

Bob and Lisa and family, I am so very sorry to hear of Sue passing. She was a wonderful women with a very big heart, Sue will be missed many people. I know this is a very hard time for all of your family.

Although I have never met you in person I feel that I have known you for many years through my dad. He loved your humor, and zest for life. You made a mark on many lives and will be sorely missed.

Sorry to hear about Sue. I have great memories of her as I was growing up. You are all in our thoughts and prayers.