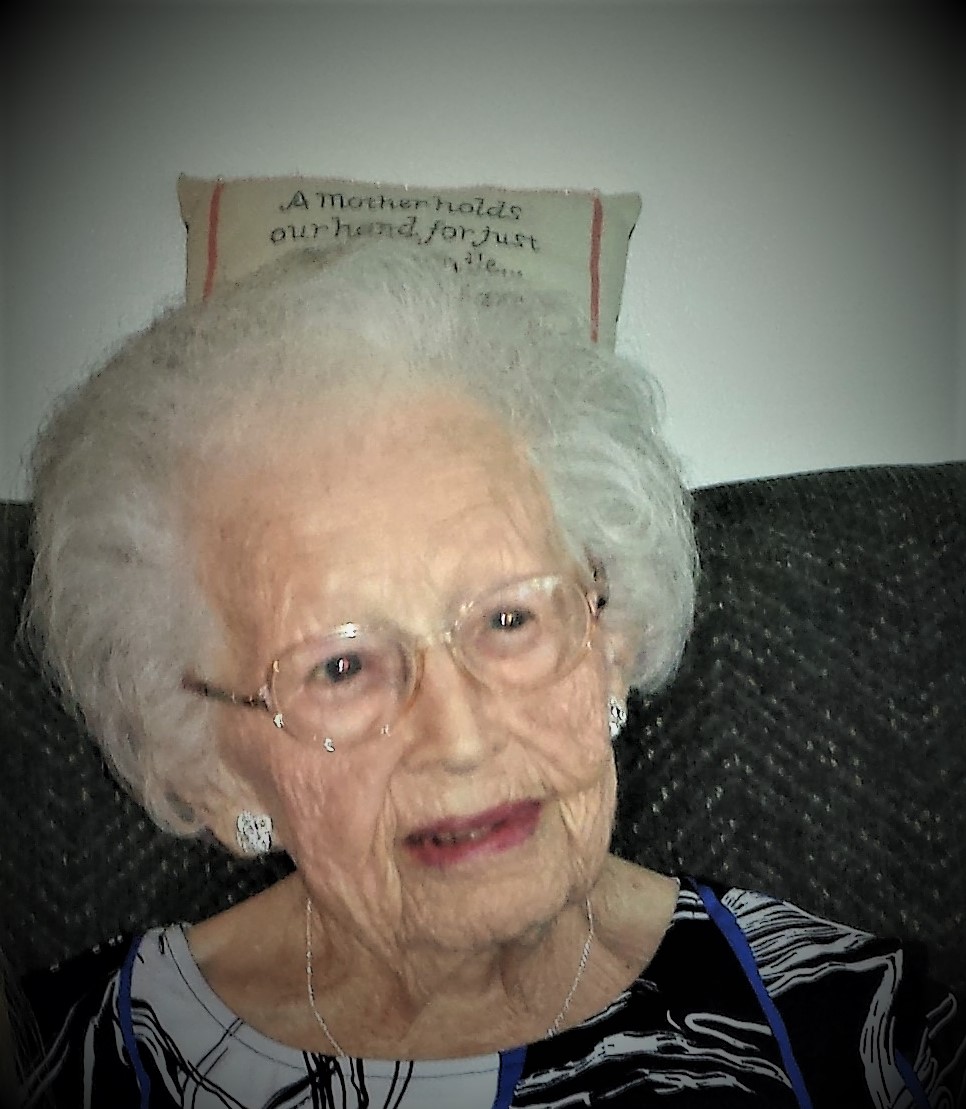 Anna Schlatt, 99, of St. Clairsville, Ohio died Friday, June 30, 2017 at Altercare of Mentor. She was born July 15, 1917 in Neffs, Ohio a daughter of the late Vincent and Victoria Stacia Pempek.
Anna was a homemaker, a Catholic by faith and enjoyed spending time at the Belmont County Senior Center.
In addition to her parents, she was preceded in death by her husband, Stanley Lee Schlatt, Sr. in 1994; a son, Stanley Lee Schlatt, Jr.; three brothers, Anthony, John and Victor Pempek; a granddaughter, Pamela Woc; a sister, Nellie Bayda.
Surviving are two daughters, Louise Woc and Dorothy Wilson both of Eastlake, Ohio; eight grandchildren; 12 great-grandchildren; four great-great grandchildren; several nieces and nephews.
Friends will be received on Wednesday from 2-4 & 6-8 pm at Beck-Altmeyer Funeral Home & Crematory 204 West Main Street St. Clairsville, Ohio 43950 where funeral services will be held on Thursday at 10 am with Msgr. George Coyne officiating. Burial will follow in Union Cemetery, St. Clairsville.
Share your thoughts and memories of Anna with her family at www.beckaltmeyer.com.

Our deepest sympathy to Louise, Dorothy & Kim and their family for the loss of their
loved one.We remember her fondly & seeing her on the swing in her Crabapple home
Signing Polish songs with my Mom Bachie. All beautiful memories. RIP Ann Love you all, A. Manya & U. Jack

For dear Ann our sister ,our friend may you rest in peace. We have wonderful memories
of you .To Louise and Dorothy and family we grieve with you. God’s Blessings, Love , A. Manya & U. Jack