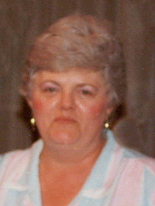 He was born June 6, 1923 in Bellaire, Ohio a son of the late Frank and Grace Pugliese Sabatino.

Tony was a masonary contractor and bricklayer,  owner of Sabatino Scaffolding, a member of the St Mary Catholic Church in Shadyside, Ohio, International Union of Bricklayers & Allied Craftworkers Local 9 for 70 ½ years, American Legion Post 521 Shadyside, for 65 years, IAC Lodge, Sons of Italy Lodge 754 both of Bellaire, graduate of St. John’s High School, Class of 1941 and a US Army veteran of World War II.

The family wishes to thank the daytime and nighttime Guardian Angels for the excellent care they gave Tony.

Tony was a lifelong fan of The Ohio State Buckeyes, Notre Dame, Steelers, Pirates and the St. John’s Fighting Irish.

In addition to his parents, he was preceded in death by his wife, Nancy J. Ferrante Sabatino on March 2, 2009, one daughter, Gloria Ann Sabatino Denham on December 3, 2017, two sisters, Angela Zavislak and Marie Masciarelli and two brothers, Michael and Julius Sabatino.

Family and friends will be received at the Bauknecht-Altmeyer Funeral Homes & Crematory 3900 Central Avenue Shadyside, Ohio on Thursday from 2 to 4 and 6 to 8 pm. Funeral liturgy with Mass will be celebrated on Friday at 11 am with Fr. Samuel R. Saprano, as Celebrant. Interment in the Mt. Calvary Cemetery in Bellaire, Ohio.

The Belmont County Council of the American Legion will conduct Full Military Services on Thursday at 7:30 pm.

Memorial contributions may be made to the St. Mary Catholic Church by going to TMCFunding.com.

Share your thoughts and memories with Tony’s family at www.bauknechtaltmeyer. com.

Condolences to family and friends of Tony. I taught with Frank and Carol. Would have loved to meet such a hard working, moral man. Blessings to all.

Condolences to the family of Tony. I taught with Frank and Carol. Blessings to family and friends.

Rich & I send our sympathies to the Sabatino Family. I spent great times in their home during my friendship with Gloria. God bless all of you during this time of loss. Sincerely, Micheline & Rich

Our deepest sympathies, Frank and Estie. How blessed you were to have your dad in your life for so many years! May your wonderful memories fill your hearts forever.

I am so sorry for your loss. Tony was such a sweet man and will be missed greatly.

My Sympathy to Estie and Frank. Remember Memories of those we love remain with us always.

How lucky I was years ago to meet & do bussness with tony over the years
I always put a high value on his knowledge , advise , and friendship
to listen to his stories of years gone by was not only enjoyable but full of
Valuable knowledge that can not be found in books
Tony my friend Thank you. you will be missed & always thought of

May your memories of Anthony J. Sabatino, give you peace, comfort and strength…

I am so very sorry for your loss. He was a wonderful friend to my father, Paul Mingar. His goodness and kindness will never be forgotten.

Soar with the Angel,s Tony my Friend I Will miss you and our talks of Bellaire and watching the football games and the funny things you said.rest in peace until we meet again.