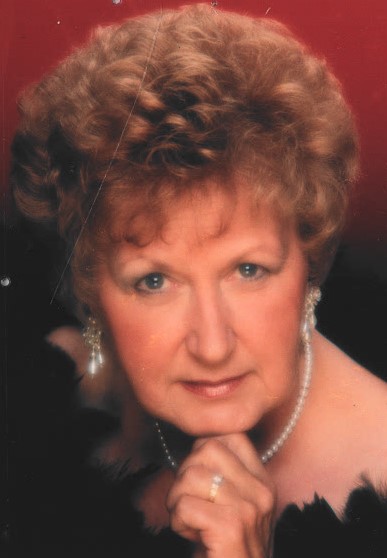 Antionette Putsock, 82, of Powhatan Point, OH, passed away on Saturday June 12th, 2021 at Country Club Retirement Campus in Bellaire, OH.
She was born April 24, 1939 in Moundsville, WV to the late Anthony and Agnes (Sadowski) Voleck.
Antionette was a former member of St. John Vianny Church and was a retired receptionist for the Belmont County CourtHouse.
In addition to her parents, she was preceded in death by her loving husband Robert Putsock; a brother, Anthony Voleck Jr.; and a son-in-law, Rick Bonar.
Surviving are her children, Susie Bonar of Powhatan Point, OH, Robert ”Bo” Putsock of Powhatan Point, OH, Pixie (Kevin) White of Warner Robbins, GA; brothers, John (Virginia) Voleck of Powhatan Point, OH, Andrew (Vickie) Voleck of Tallmadge, OH, Mike (Jean) Voleck of St. Clairsville,OH; sister, Mary Ann (Jimmy) Anderson of Powhatan Point, OH; four Granddaughters, Krista, Kayleigh, Stephanie, Taylor; four Great Grandsons, Kaden, Kyler, Kolton, Grayson; as well as several nieces and nephews.
Family and friends will be received on Wednesday June 16th from 2 to 4 PM and 6 to 8 PM with services on Thursday at 10 AM with Fr. Dan Heusel officiating, at Bauknecht-Altmeyer Funeral Home, 186 Main Street Powhatan Point, OH. Interment will follow at Powhatan Point Cemetery.
Memorial contributions may be made to Powhatan American Legion at TMCFunding.com.
Online condolences for the family may be made by visiting www.bauknechtaltmeyer.com

Dear Family,
My Sincerest Sympathy is sent to you. Antoinette was like the mother of the block when I lived there! (What a beautiful picture of her that you posted) May she Rest In Peace; and may your hearts be at Peace. Hugs to all. Chere

I will miss my cousin Antionette a lot. I always went to her house when I visited Powhatan. Antionette was so funny at times. She always had funny stories , or jokes to tell. Antionette had a great sense of humor. She loved to kid with you. You could tell she really loved her family. Antionette always sent us pictures of her kids. She was so proud of all of them. I was very glad I got to see Antionette when she was out here a few years ago. She was still as funny as ever. Antionette lived her life. She never sat still. Antionette always was ready to pick up and go somewhere. She loved people and they loved her. All I had to do was say I was Antionette Putlock’s cousin to someone I met in Powhatan. Everyone knew and loved her. I’m so sad that she left us but I know I will see her again someday…..

My deepest sympathy in this family loss. Prayers go out to Mike, John and Andy and the rest of the family. May she be at peace, as well as the hearts of all of you, knowing that she is with her maker. Thinking of memories of many years ago!

We love you guys! Sending prayers, love and hugs!

We love you guys! Sending love, hugs and prayers!

What a super special lady! I loved listening to her and my mom (JoAnn Hill) tell stories about all the trouble they got into together when growing up. Always a fun time when Antionette was around, we would laugh until our sides hurt. All my love and prayers for your families during this time of loss.

Bo and Family,
Kim and I send our condolences.

Sending my deepest sympathy to you all. Antoinette was a special lady and very loved. Love and prayers

Please accept our sincere sympathy. So sorry, may she rest in peace