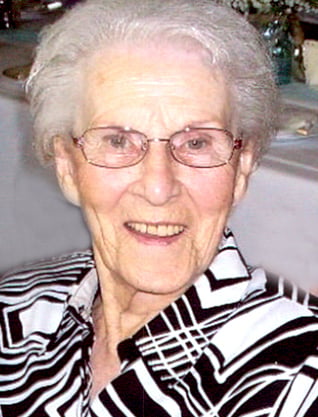 She was born August 10, 1936 a daughter of the late Eldridge and Della (Walters) Dilly in Centerville, Ohio.

Audrey was a homemaker and a Christian by faith.

She enjoyed Bingo, going to yard sales and spending time with her friends and family.

She was preceded in death by her parents, two daughters, Deborah Graham and Sheila Mellott as well as a son-in-law Bart Graham; her sister Marjorie Street and a granddaughter Novalee Graham.

In addition she is survived by two brothers, Orval (Judy) Dilly of Shadyside, OH, Sonny (Suzie) Dilly of Jacobsburg, OH and a sister, Shirley (Floyd) Gump of Moundsville, WV, as well as seven grandchildren and six great-grandchildren.

Family and friends will be received on Saturday December 29, 2018 from 9 am until time of funeral service at 1 pm at the Bauknecht-Altmeyer Funeral Homes & Crematory 186 Main St. Powhatan Point, Ohio 43942.

Memorial contributions can be made to the Powhatan Emergency Squad by going to “TMCFunding.com”.

Share your thoughts and memories of Audrey with the family at www.bauknechtaltmeyer.com

Very sad to learn of Audrey’s passing. She was a neighbor with a kind word whenever we met. My sincerest condolences to her family.

Gone but never forgotten. We love you so much granny. Rest peacefully. You looked beautiful today.

My deepest sympathy to all of Audrey’s family and friends. May you RIP sweet lady.

Sorry for your loss. Audrey was amazing woman and I am grateful to have known her. I will miss gossiping with you at the laundry mat. Rest in Peace Audrey.

Mike and family…I am so sorry for your loss. Your mom was always so nice and loved by all. She will surely be missed.

Mike and family, so sorry for the loss of your mother always sad when you lose your mom. Audrey was a joy to know she never knew a stranger and would talk to anyone. She will be missed in Powhatan for sure! And never knew her maiden name was Dilly and have known Shirley for years!

Audrey, it broke my heart to hear you passed away. You were the best friend a person could have. We will miss you,but we will never forget you and the good times we had, love and miss you

Rest in Peace Audrey. You are in a joyful place now.

Audrey my heart is breaking! May God be with you.
I will always cherish our conversations we had. Prayers to your family
God has definitely gained a Beautiful Angel