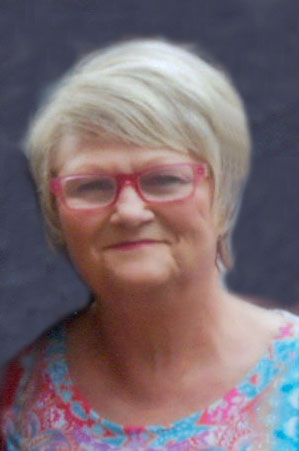 Barbara Ayers, 71 of Bellaire, Ohio died Wednesday, September 2, 2020 in the Wheeling Hospital. She was born August 16, 1949 in Wheeling, West Virginia daughter of the late Herman and Betty Marsh Weyrick.

Barb was an employee of the Good Tymes Cafe in Shadyside, Ohio, a member of the St. John Catholic Church in Bellaire, Ohio and an avid Big Reds fan.

In addition to her parents, she was preceded in death by one son, Norman Ayers on August 6, 1993 and two sisters, Jackie Kebschull and Mary Lou Weyrick.

Family and friends will be received at the Bauknecht-Altmeyer Funeral Homes & Crematory 441 37th Street Bellaire, Ohio on Monday from 2 to 7 pm. Funeral liturgy with Mass will be celebrated at the St. John Catholic Church on Tuesday at 11 am with Fr. Daniel Heusel, as Celebrant. Vigil services will be held on Monday at 6:45 pm.

Memorial contributions may be made to the family by going to TMCFunding.com.

Share your thoughts and memories with Barb’s family at www.bauknechtaltmeyer.com.

Condolences to the entire family….I would always see Barb at the Bellaire Games and she cooked a great breakfast at the Good Thymes

Barb was a precious gift to all of us who knew her and a friend who will be sorely missed. God Bless Jason, Wayne and family members of Barb, a beloved person.

Such a special lady prayers and hugs to family and friends

Jason, were so sorry to hear of your Mom’s passing. We lost a beautiful soul and a great neighbor. She’s, no doubt, already cooked Norman a huge meal! They will watch over you together now. If there’s anything we can do for you, we’re a block away! God Bless you and help you through this heartache. Love, Steve and Cathy

Barb, was such a nice lady and hard worker, will miss her at the Good Thymes. So sorry for your loss.

Barb was such a strong woman and wonderful person. I always enjoyed chatting with her at the restaurant. My sympathies to you Jason, her family and her Good Thymes family.

Jason, we are sorry for your loss, mom was a special lady and a avid Bellaire fan. RIP Barb.

Last talked to Barb at Good Tymes, I told her her hair looked amazing, so pretty. We had a nice talk and I’m so glad. Such a nice lady in every way.

So sorry for your loss. She was a beautifull person . Prayers for you and all of your familyRIP Barbara