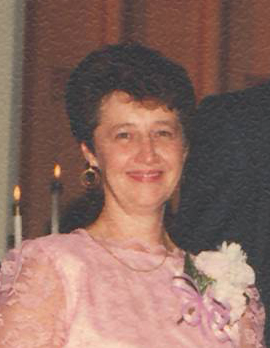 She was born June 1, 1944 at Martins Ferry, OH a daughter of the late William and Florence Bumgardner Richards.

Barbara was a former clerk for Loos Pharmacy, Catholic by  Faith , an avid bowler, and she loved polka dancing and traveling.

In addition to her parents Barbara was preceded in death by her brother Russell Richards, a brother in law Bob Davis and her  husband Joseph Gorza in 1998.

Friends will be received from 3-7 PM Sunday at the Beck-Altmeyer Funeral Home and Crematory St.Clairsville where a vigil service will start at 6:45 PM.

Barbara’s funeral service will be Monday at 11:00 AM at the Funeral Home with Fr. Tim Shannon officiating

Memorial contributions may be made to the National Alzheimer’s Association.

I am so very sorry to hear of Barbs passing. I worked with her at Loos Pharmacy for many years. She was so much fun. She was a sweet lady who loved her children and her Grandchildren so much. She will be missed. My prayers to all of her family.

Our thoughts and prayers are with all of you.

Barb was one of the sweetest people I have ever met. She was so much fun to be around and you could not help be happy when you were with her. Her greatest love was her family. Her children and grandchildren were her greatest joys. God has gained another angel and she is with Jay again but her passing leaves a big hole in a lot of lives.

Sorry to here about your loss. Our prayers will with the whole family

Sorry to here about your loss. Our prayers will with the whole family

My deepest sympathies to Barb’s family. I pray God will comfort you during this difficult time.

My sympathies to Barb’ s children, grandchildren and family. Barb and I were good friends in high school and stayed connected via our mutual connection to her Brother, Russ Richards and his wife, my cousin, Darlene Yaneck.