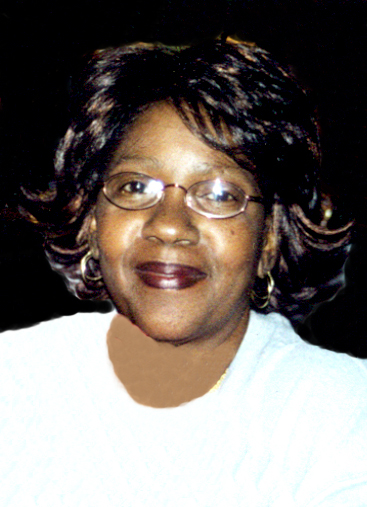 Wesley, Barbara Jean Davis Raine, 67, was born on June 26, 1948, in Birmingham, Alabama
to the late Robert and Pauline Davis Sr. and departed this life on December 23, 2015 .
She was a 1966 graduate of Bellaire High School and a 1974 graduate of Belmont Technical College School of Practical Nursing.
She was retired from Country Club Retirement Center. Barbara was a member of the First Baptist Church in Bellaire, OH.
in addition to her parents, Barbara was preceded in death by her sister, Elizabeth Wilkerson in 1992.
Surviving are her daughter, Idora Raine Kimbro of Bellaire, OH and a son, Marcus Raine (Lorianne) of Columbus, OH; sisters, Roberta Fletcher of Columbus, OH; Idora Davis Kimbro (Major) of Bellaire, OH; a brother, Robert Davis Jr., of Martins Ferry, OH. She has six grandsons, one granddaughter and one great-great grandson and her dog, Cocoa who was her constant companion, also a host of nieces and nephews.
Family and friends will be received at the Bauknecht-Altmeyer Funeral Homes and Crematory, 441 37th Street, Bellaire, OH, Wednesday December 30, 2015 from 10am until time of Funeral Service at 1pm with Reverend Carl Denson officiating.
Burial follows in Belmont Memorial Park Cemetery St. Clairsville, Ohio.
A special thank you to Alternative Health, Foster Bridges, and Valley Hospice for their support.
Condolences may be expressed to the family at www.bauknechtaltmyer.com

I am so sorry about Barbs passing what a great friend she was to me when I was a daughter at the Elks Lodge 74. Rest in heaven Barb, Idora, Bob and families hole on to her wonderful memories. I dint make the showing I had to work but I am deeply sorry. Sharon purr

Sorry for your loss. I pray that Jehovah comfort you and your family at this time. ( 2 Corinthians 1:3,4) Jehovah promises at Isaiah 25:8 “He will actually swallow up death forever, and the Sovereign Lord Jehovah will certainly wipe the tears from all faces. And the reproach of his people he will take away from all the earth, for Jehovah himself has spoken [it].” Please accept my condolences.

WEST VIRGINIA STATE DAUGHTERS OF ELKS
MRS. MARGERET D. SCOTT GRAND DAUGHTER RULER
PGDR PAULINE MORRIS STATE PRESIDENT
RESOLUTION
Barbara J. Davis Raine Wesley
Be it so resolved on December 23, 2015 Daughter Wesley has left our roll of members. She will be sorely missed. The daughters of West Virginia State Elks officers and members extend our heartfelt sympathy to her family and friends. The West Virginia Daughters of Elks commend Daughter Wesley for her years of dedication and work for the good of the order.
Words can never heal your aching hearts but remember you have a master comforter in times of confusion, pain, and sorrow. Look to our Lord and Savior Jesus Christ, his arms are always open to you.

I was so sorry to hear that Barbara had passed. She was a close friend of mine during our high school times.My condolences to her family.She was a very caring person and she will be missed.

Idora,Roberta and families,
You have my deepest sympathy. Sorry we’re away and can’t be there.
Patty Bauknecht Valloric

I was so saddened to hear of Barbara Jean’s passing. She sat beside me in band and we were always in trouble for talking & laughing. I will never forget her & those great memories! Was hoping to see her at our 50th reunion in the spring. Blessings and Prayers for her family.