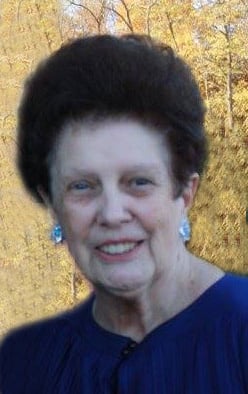 She was born May 9, 1933 in Powhatan Point, Ohio  daughter of the late Arthur A. and Mary Ramsey Kriechbaum.

Jean was a member of the First Presbyterian Church of Powhatan Point, Ohio.

In addition to her parents, she was preceded in death by her husband, Rex A. Walters, son, Daren Walters, son-in-law, John Horbatak and her sister, Donelda Dangel.

Family and friends will be received at the Bauknecht-Altmeyer Funeral Homes & Crematory 186 Main Street Powhatan Point, Ohio on Friday  from 11 am until time of services at 1 pm with Pastor Lorna Knight officiating. Interment in the Powhatan Cemetery.

Memorial contributions may be made to the Powhatan First Presbyterian Church by going to TMCFunding.com.

Share your thoughts and memories with Jean’s family at www.bauknechtaltmeyer. com.

Lynette and family I am sorry for your loss. I am praying for comfort and peace. Thinking of you all.

Nan was such a joy to talk with. Such a sweet lady. We will keep her in our prayers. Hugs to Lynette, Heather, Chris & Mike.

Darryl and Family, We are so sorry to hear of your Mother passing. Darryl you and your family are in our prayers.

So very sorry for her loss. I was fortunate enough to take care of her. God Bless.

Such a lovely beautiful lady. Always friendly here in town and when she came to Shadyside I was able to get to know her even better. Super super lady and wonderful family