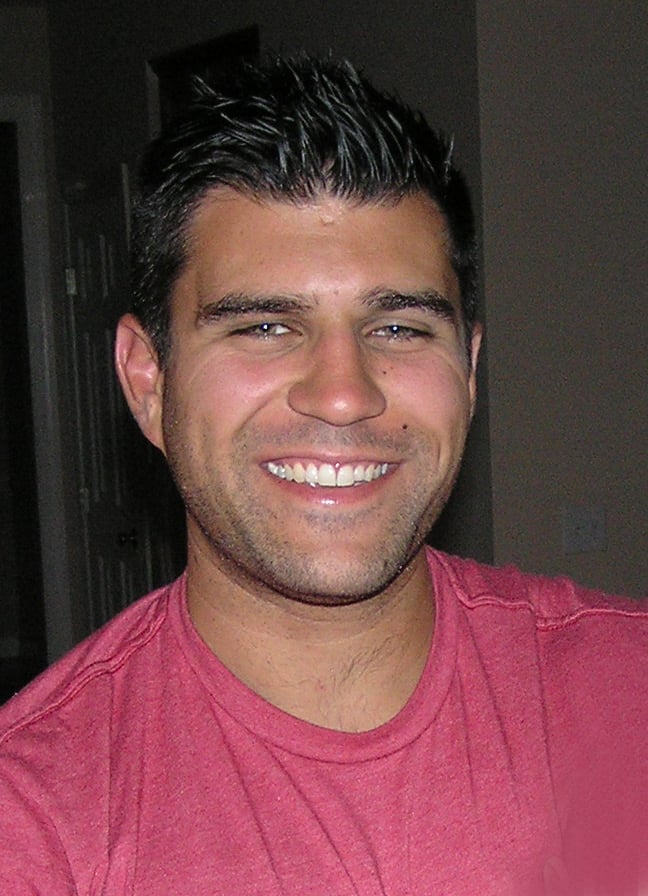 He was born October 9, 1980 in Bellaire, Ohio and grew up in St. Clairsville, Ohio. He most recently resided in Bay Village, Ohio.

He was preceded in death by his grandparents, Edward and Lila (Ainscough) Shank and grandfather, Edward Jagucki.

Barri graduated from St. Clairsville High School in 1999. He earned his Bachelors Degree with a double major in Finance and Accounting from the University of Pittsburgh in 2004. He worked in the banking industry since graduation and most recently held the title of Director, Debt Capital Markets for PNC Bank in Cleveland, Ohio.

After spending a semester abroad at Bond University in Australia, Barri developed his passion for traveling. He visited numerous countries in five continents, including getting engaged to his wife in Orvieto, Italy and honey-mooning in Santiago, Chile. As a sports enthusiast, he enjoyed golfing and attending Pittsburgh sporting events with friends and family.

Barri was a generous soul, always concerned that those around him were well cared for. He had many interests and talents that he approached with full commitment and contagious enthusiasm.

Family and friends will be received Saturday at 11 am at the East Richland Friends Church, 67885 Friends Church Road, St. Clairsville, Ohio 43950 for a memorial service to celebrate Barri’s life.

Share your thoughts and memories with Barri’s family at www.beckaltmeyer.com.

This has changed out town forever

I live in Charleston,SC. We go by the hotel Everytime we go to Sam’s. I will never forget this beautiful soul. It still makes me I’ll to think if the people who may have taken his life. I will continue pray they find the awf ones that did this. Our town will ever be the same.

I continue to turn over your last words to me, a year later, you’re gone amongst the heavens. You’ll forever be littleman’s “My Barri.” I thank you for those words to live by, I forever cherish them. We miss you always.

I didn’t know Barri, or Nicole, or the family, but I’ve kept you all in my prayers since reading about Barri’s tragic death in Charleston several months ago. I’m so sorry for your loss. No understanding the horrible, senseless act. Please accept my condolences.

They say that time heals. It will be eons before time heals this loss. Barri was a beloved husband, son, brother, nephew, friend, colleague, and all around excellent human. Barri was kind, caring, patient, funny, understanding, great listener, handsome, sincere, genuine, witty, gigantic bright smile that lit up the room, compassionate, sharp-dressed, shirt off your back type of man…. To name just a FEW of his qualities.
Not a single day will go by that I do not think of Barri. He was taken from us too soon. Nicole and the Shank family: You know that you have an extended family and friends that loved Barri and will be here to grieve and mourn with you. But as Barri would want us- we must also celebrate his life and all of the joy and love that be brought us.
I love you buddy.
“Goodnight sweet prince”

Please accept my deepest condolences. I had the pleasure of getting to know Barri through our work interactions and I can honestly say that he is one of the nicest and most genuine individuals that I have ever met. He will be sorely missed.

I am glad to call Barri one of my best friends. He always handled himself with so much class and warm heartedness. Over the years he never hesitated to take time out of his day to say hello or listen to my problems. I’ll never forget him. I wish the family he left behind nothing but the best and I hope in time you will be able to carry out regular lives. I know it will be hard for me, but that’s what Barri would have wanted. Again, my condolences, and the world is definitely worse off with Barri not in it.

Barry was one of my favorite people. He was kind, warm and hilarious. I will always remember my years at Pitt with him.

To the Shanks, your son made this world a better place and I am so sorry for your loss. I hope you can find some comfort in knowing that people will never forget Barry.

Ed, Cindy,& Family,
No words can express the sadness and loss being felt. I have fond memories of Cortney and Barri in Grade School . We will keep you in our Prayers.
Cindy ,Cortney, Jordan Campbell