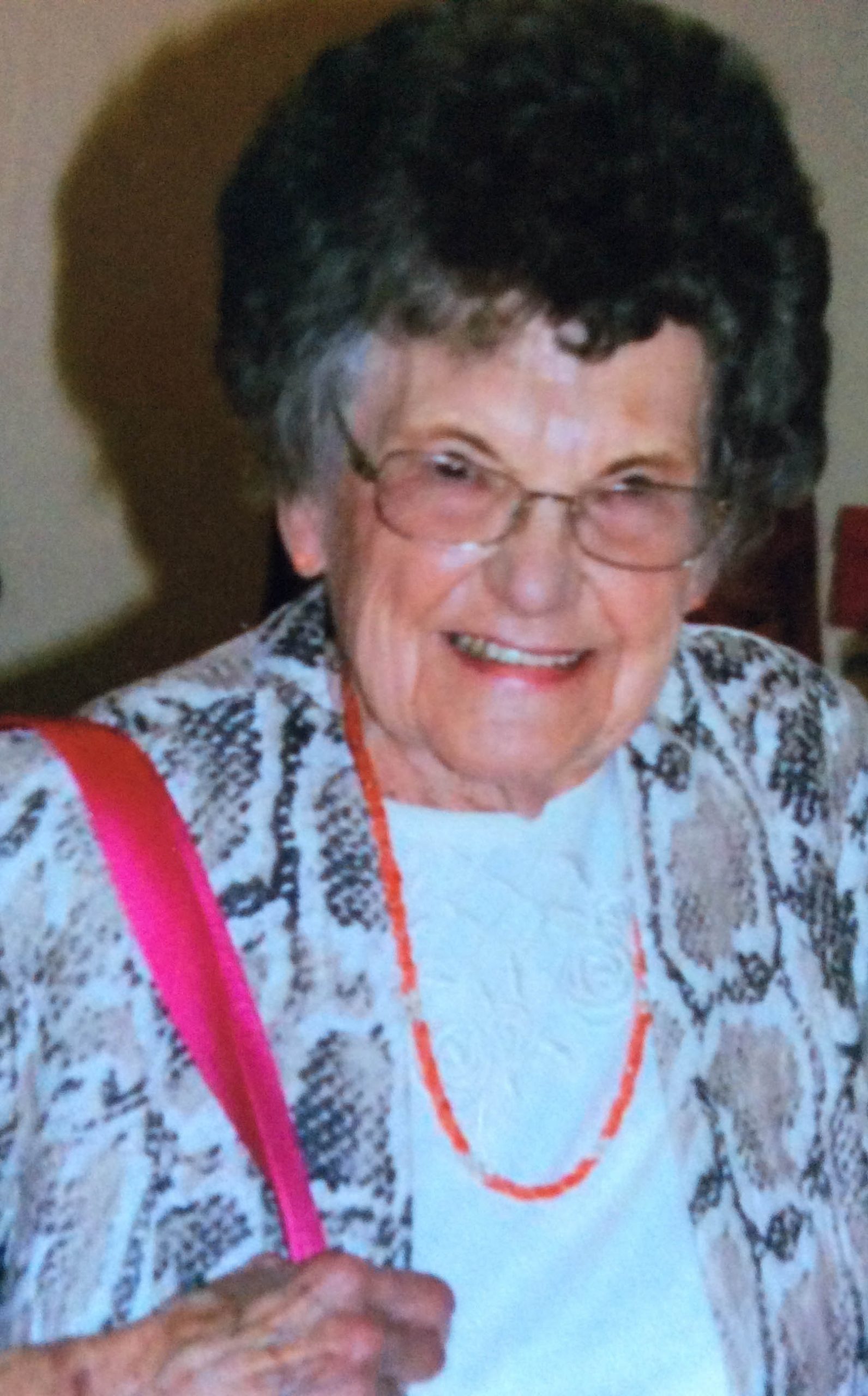 She was born March 30, 1926 in Shadyside, Ohio daughter of the late Edgar and Mary Roubal Vanek.

In addition to her parents, she was preceded in death by her husband, Laverne S. Montgomery on August 25, 2009, her brother and sister-in-law, Edgar and Verna Vanek and her son-in-law, Edward Schlegel..

Family and friends will be received at the Bauknecht-Altmeyer Funeral Homes & Crematory 3900 Central Avenue Shadyside, Ohio on Tuesday from 11 am until time of services at 1 pm with Rev. Randy Weaver officiating. Interment in the Holly Memorial gardens in Pleasant Grove, Ohio.

Memorial contributions may be made to the Lincoln Avenue United Methodist Church or the OR & W Fire District by going to “TMCFunding.com”.

Share your thoughts and memories with Bessie’s family at www.bauknechtaltmeyer.com.

Dan and Susan
I have have such fond memories of both of your parents and send my caring thoughts to you both. In the last few years before Bessie moved closer to you, Sandra and I would have lunch with her. She was always ready to get up and go. In fact that is what I remember most, your parents loved to party, dance, had great friends. They shared a deep love. Keep all your good memories and pass them on .

Danny and Sue, I was saddened to hear of your mom’s passing. She was a wonderful mother and wife, I feel I csn say that since I have known her most of my life. I am sending heartfelt thoughts and prayers for you and your families. With love, Patsy

Dear Sue & Dan,
Don & I are saddened to find that Bessie has passed. She was always our trip planner when several couples took trips together. We have missed her since she moved from Shadyside but know that she was happy being nearer to all of you. Our prayers are with all of you.