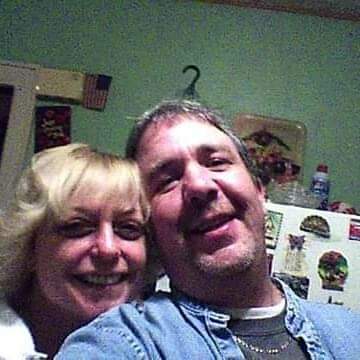 Brian was the plant operator for the Village of Bellaire’s Water Department.

In addition to his parents, he was preceded in death by two daughters, Ashley Nicole and Katlyn and his brother, Greg Seevers.

Family and friends will be received at the Bauknecht-Altmeyer Funeral Homes & Crematory 441 37th Street Bellaire, Ohio on Thursday from 5 to 7 pm.

Memorial contributions may be made to the Wheeling Hospital Patient Activity Fund by going to TMCFunding.

So sorry for the family prayers to all. Loved him went to school with him always had everyone laughing.

I’m so sorry Lori, My thoughts and prayers are with you and the family.

My brother Toad, you are with your parents, and Greg. Love You, you little shit!!

Brian was a good guy, I’m glad I got to work with him and had a lot of fun too! I remember when he’d be talking about something kinda off the wall or off , he’d cross his eyes and make this silly face! He was always kind to me. Reunite with your loved ones you’ve lost. Rest in peace.

He was a great guy. Always made me laugh. He was so nice to my mom when he was maintenance guy at LTC facility. We talked about how he always had to fix her wheelchair. Fly with the angels Bribri.

He always made me laugh. He was so good to my mom when she was at the LTC facility he worked at. We would talk about how he always had to fix her wheelchair. Fly with the angels Bribri.