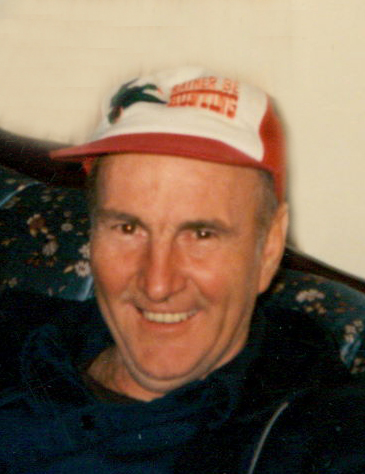 Burlen G. Shreve, Sr., 78, of Bellaire, OH died Sunday peacefully at his home surrounded by his family and his companion Buster by his side.

He was born December 29, 1936 in Mingo Junction, OH a son of the late John Wesley and Dora Belle Bates Shreve.

He was an employee of the former Phillips Stamping, a School Bus Driver for Bellaire Schools and a custodian for Belmont Savings Bank. Burlen was a hard working man, also he was a member of the South Bellaire United Methodist Church.

In addition to his parents, he was preceded in death by three sisters, Melissa Belan, Helen Taylor and Rosalee Slentz.

Friends will be received Tuesday from 1-8 pm at Bauknecht-Altmeyer Funeral Homes and Crematory 441-37th Street Bellaire where services will be held Wednesday at 11 am with Pastor Gary Henthorne officiating. Burial follows in Mt. Zion Cemetery, Bellaire.

Share your thoughts and memories of Burlen with his family at www.bauknechtaltmeyer.com

In memory of OBIT NAME, AUTHOR NAME lit a candle

My thoughts prayers and love go out to Burlens whole family and friends… he was a great man…. I have a lot of fun memories riding bus #10 for 7 years!! Even through the years after, he still greeted me every time he saw me like family.. even telling my kids he was uncle Burlen. And they will always remember him that way!! Rest Easy Burlen.. forever loved and will be dearly missed!

Carolyn and Family; I am sorry for your loss. I know you all will share many happy memories of Burlen. I did not know him well but I always thought he was a cool guy.
Love
Fred, Melissa and Shannon

Danielle,
I am very sorry to learn about the passing of your grandpa. I remember all the stories that you used to tell me about him. May God keep you and your family under his angels wings in the coming days and weeks. Take care and stay strong knowing that all his pain is over and that he sleeps peacefully.

I have lost the love of my life,we were always together. Never were we seperated. He was a wonderful husband,fathter,and grandfather.It will be hard to live without you.We wrere together 55 years. I will love you all my life.Noone can ever take your place with me.All my love wife carol

God picked you to be my dad becouse he knew you would be the best loving dad, you were my hero. you could always make us smile, no matter how bad things were. love& miss you.

dear carol &family so sorry for your loss.in our hearts and prayers. burlen was agood man he will be missed god bless all of you love Donny ,carol,&dj cassidy

The man i feared but grow to respect. My daddy,my dad my hero. I LOVE YOU