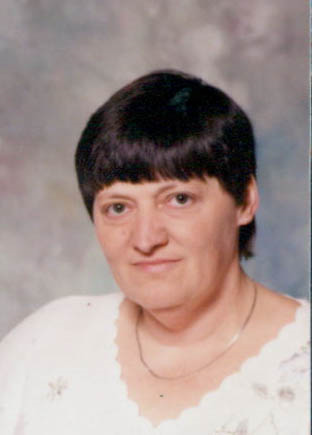 She was born August 29, 1933 in Powhatan Point, Ohio a daughter of the late Henry and Inez Hill Wright. Carole was retired from the Belmont County Clerk of Courts office.

In addition to her parents, she was preceded in death by her husband, Frank “Slick” Ciszewski on October 14, 2014; whom she married on November 7, 1953, her sister, Jane Ann Sweetnich and brothers, William and Thomas Wright.

Family and friends will be received at the Bauknecht-Altmeyer Funeral Homes & Crematory 3900 Central Avenue Shadyside, Ohio on Thursday from 2 to 8 pm where services will be held on Friday at 11 am with Life Celebrant, Sarah Barickman officiating.

Such a lovely lady. She took me under her guidance when I won office. She was was so helpful and knowledgeable. Just a wonderful lady

Denise. The way you cared for your mother over the last few years is nothing short of amazing. You did it unselfishly and with class, allowing Carole to maintain her dignity. You honored her in your actions and the entire family appreciates it. I’m grateful to have known such a wonderful lady and honored to be part of this family. I am thinking about all of you and I’m sorry I can’t be there. I love you all.

I am truly sorry for your loss. Prayers and condolences for your family and friends.

Sorry for your loss, John. You and all your wonderful family are in my thoughts and prayers.

My sincere condolences to the Ciszewski family and her many friends. I have nothing but good memories of the times she and Slick visited the Detroit area to see John, and the Pistons of course.

So sorry for your loss Ciszewski family! My prayers are with you.

Denise, I am so very sorry for your loss. You and your family are in my thoughts and prayers.

Denise, Your mom was such a nice lady. She always had a smile and a wave for me when I would pass by. I am sorry for your loss. Love, Carla Tedeschi