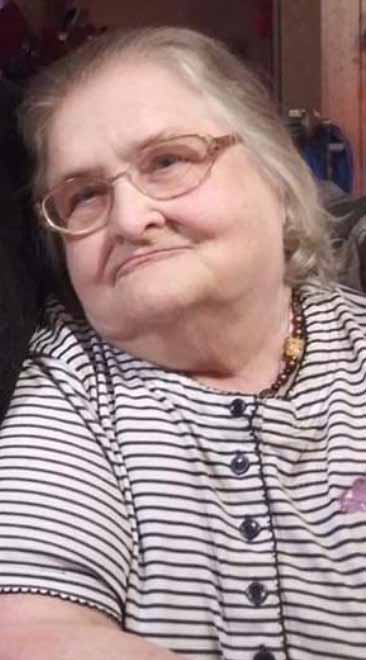 She was born January 31, 1943 in Nashville, TN a daughter of the late Woodrow and Mae Wiseman Secrest

Caroline was a former cook for the Belmont Restaurant and was a devoted mother, grandmother, and great-grandmother.

In addition to her parents, she was preceded in death by her daughter, Betty Jean Davey; brother Woodrow Secrest Jr.; sister Barbara Secrest; and great-grandchildren, Joshua Adam, Ruthann Nicole and Aubrey Mae Looby

Family and friends will be received at the Bauknecht-Altmeyer Funeral Homes & Crematory 441 37th Street Bellaire, OH 43906 on Friday, October 15,2021,  from 11 to the time of service at 1pm. Interment to follow at Armstrong Mills Cemetery

Memorial contributions may be made to assist the family by going to TMCFunding.com

So sorry Ruthie your mom was such a nice lady. Prayers coming you and you kids way. Love and hugs.

so sorry yens are all going through all of this tragedy

I love and miss you granny

Im gonna miss my granny stories and her lovely spirit she was truly a wonderful granny and she’s gonna be missed.. My fiance and kids loved her

Every time Gram would walk in the room she would bring a smile to everyones face she loved sitting around telling storys. She was very kind hearted and just loved being with friends and fanily. Love ya gram