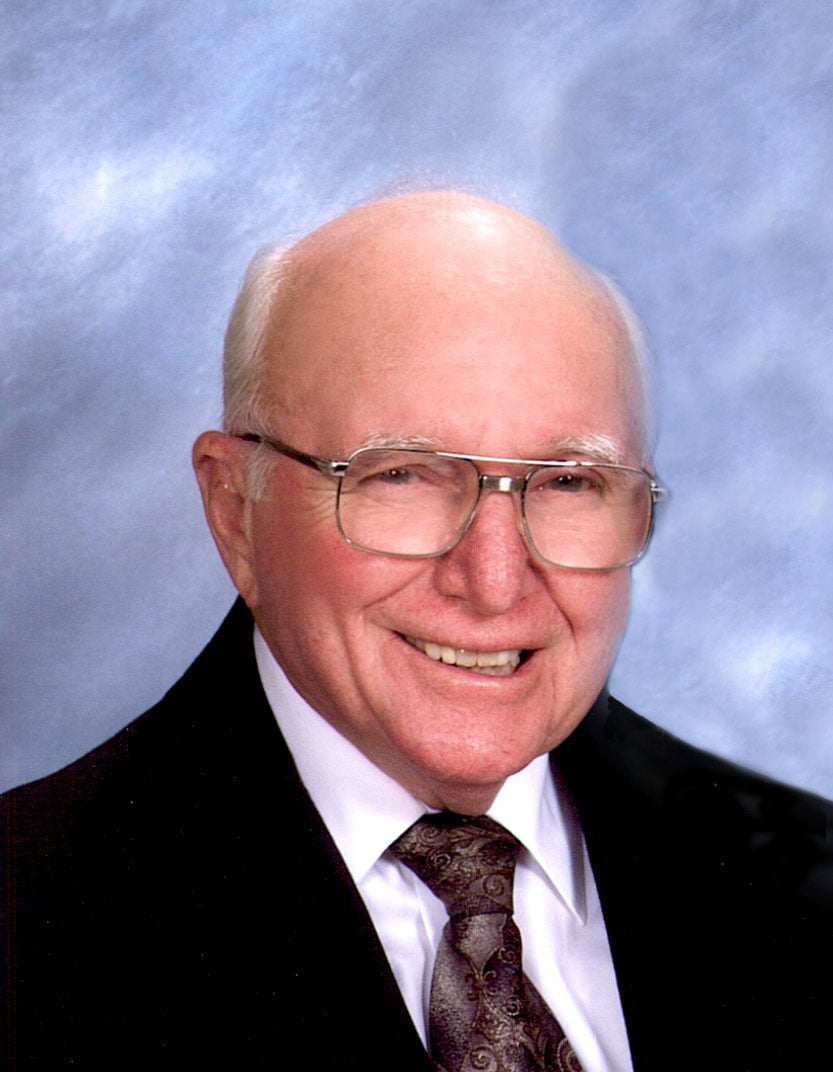 He was a retired Skills Training Coordinator from First Energy Corp, RE Burger Plant, Shadyside, Ohio. He was a 1949 graduate of Shadyside High School. He was active in Government having served on Shadyside Village Council, and was a long time Mayor of the City of Shadyside. Shorty had many visions for Shadyside and actively sought and obtained numerous improvements for the city he loved. He was also active in many organizations and boards.

He was a giant of a man, having won Boxing’s Golden Gloves in 1948.

He will be remembered for his quick wit, commitment to family, wisdom and unfailing character.

He was steadfast in his faith and was a lifelong member of St. Mary Catholic Church, Shadyside, Ohio.

Interment at the convenience of the family in Powhatan Cemetery, Powhatan Point, Ohio.

Memorial contributions may be made to Shadyside Band Patrons @ TMCFunding.com

Special thanks to Stonerise Hospice for their loving care.

Condolences to the family at www.bauknechtaltmeyer.com.

Jay and Family: Chris and I are very sorry at the news of your Father’s passing. I have many fond memories of my conversations with him. In all of those, however, I never learned that he had been a boxer! That just adds to those memories. He truly was a Giant and will long be remembered.

My condolences to the entire family. Everyone that knew Shorty loved him. He and my father (Frank Farrier) were friends but of course Shorty was friends with everyone.

To the Family of Charles (Shorty) Morgan:

I was deeply saddened at the passing of Shorty. Shorty was the Head Boiler Operator when I came to #4 Crew at the Burger plant. It was a privilege to have worked with him and a most enjoyable experience. He was a good leader and very knowledgeable of the plant. His personal disposition was warm, witty, and caring. Due to his knowledge he was selected to become the Skills Training Coordinator. They could not have chosen a better teacher. We all learned much from him.

My parents went to high school with Shorty and respected him. As mayor, he left his mark on Shadyside.

Jay & Sandee, so sorry for your loss.Prayers to all.

So sorry for your great loss! Our prayers are with you at this difficult time!

Jay, … Our Sincerest Sympathy on the passing of Your Father, Shorty. Wishing God’s Many Blessings on You & Family.

Sympathy and Empathy to the Morgan Family. Mr. Morgan was such a wonderful man, he always had a smile on his face. Whenever we came back to the Valley he would take us out to dinner. A most loved man who now gets to enjoy Paradise.

My heart and prayers go out to all of you – Jean, Jay, Loie, Tracy & family…❤️

Charles “Shorty” Morgan’s love for life and family taught us all how to make the most of the life we’ve been given. Through his grace he leaves this world in a much better place. May he Rest In Peace with our Heavenly Father as we find comfort in many wonderful memories of a truly amazing man.