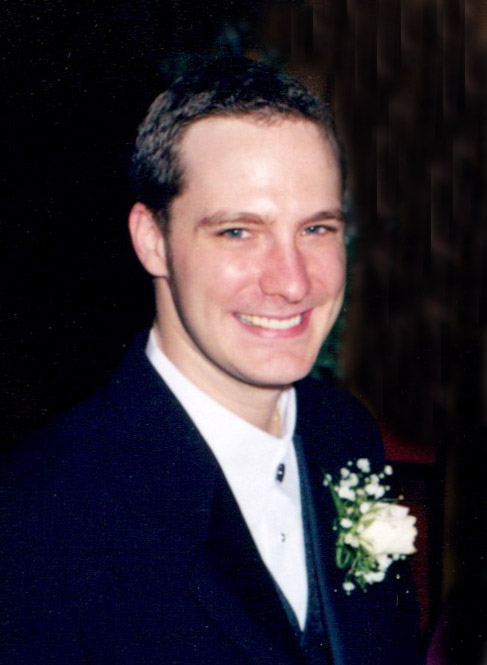 Chuck was born January 15, 1974 in New Martinsville, West Virginia, the only child of Susan A. and Stanley E. Malolepszy, Jr.

He was a 1992 graduate of Shadyside High School and a 1997 graduate of Wheeling Jesuit University. He was currently employed as an engineer for the Murray Energy Corporation and a member of the South Bellaire United Methodist Church.

He loved playing guitar and creating songs for and about his daughter and his wife.

He was preceded in death by his beloved wife of 18 years, Kimberly D. (Coulson) Malolepszy, and his grandparents, Lena and Stanley E. Malolepszy, Sr. and Barbara Bailey Logston and Richard L. Weber, Sr.

In addition to his parents, Chuck is survived by his pride and joy, his precious daughter, Elena M. Malolepszy.

Family and friends will be received at the Bauknecht-Altmeyer Funeral Homes & Crematory 3900 Central Avenue Shadyside, Ohio on Monday, October 15, 2018 from 1 to 4 pm and from 6 pm until time of services at 7:30 pm with Pastor James Lish officiating. Interment will be held at the convenience of the family.

Memorial contributions may be made to the South Bellaire United Methodist Church or to the Elena M. Malolepszy Educational Fund at the Chase Bank in Shadyside, Ohio by going to TMCFunding.com.

Share your thoughts and memories with Chuck’s family at www.bauknechtaltmeyer. com.

I just read about Chuck’s passing and am so sorry! God Bless you all three at this sad time and am praying that God wraps his loving arms around all of you! Stan and Sue you are so special to me and I am know that you will be a blessing to Chuck’s daughter!

I am saddened to here of your loss. I went to school with Charles “Chuck”. He was in my graduating class. In high school, My friend and I would go watch him play in his rock band with our other school mates. He was truly a good person. And although I never saw him after high school, I always wondered how he was doing.

Stan and Susan, my sincere sympathy to both of you. I am so sorry for your loss. I will always think of sparkly shoes when I was think of Elena. Take Care.

Stan and Sue
You have our deepest condolences
So so sorry

While words fail to capture the pain of losing a loved one, I hope our prayers help as God continue to sustain you. Please read his words of comfort at Psalm 34:18, John 5:28, 29, and 1 Corinthians 15:26. I am so sorry for your loss.

Stan & Sue. Thinking of you during this very sad time. May GOD wrap his arms around you both and carry you through the days to come. Sending prayers to all.

Dear Sue and Stan I was so sorry to learn about the passing of your son. You are both in my thoughts, prayers, and heart. May God hold you in the palm of his hand at this time of grief and loss.

Dear Sue and Stan —
Please accept my sincere condolence upon the passing of your dear son. So young, so precious to you, as your only child, and more precious, still, to our Lord whom Chuck now sees face to face.
May God’s peace and blessings be yours during this most tender season; and, may He give you many lovely memories, so that you may always have roses in December.