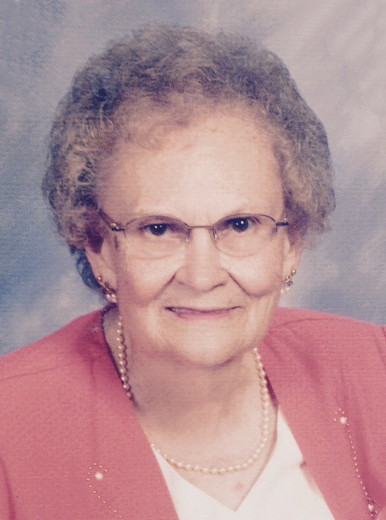 Clara “Louise ”Hahn (January 29, 1922 – August 6, 2015) died after a full and meaningful life. To those who never met her, she was just Clara Louise Hahn who was born in Concord, NC and lived on Lincoln Avenue in Shadyside, OH. Her beginnings could not have been more humble. Born in a home with an outhouse and chickens in the yard, she attended school only through 5th grade. She married her husband, Flave, at the age of 19. Together they had three children though, Donald Flave died at an early age. They lived in many places throughout the country as her husband worked for various power companies installing transmission lines. To those who had the fortune to know her, she was much more than the title role she played in their lives. She was more than a grandmother, great grandmother great great grandmother to Mike (Shelli), Matt (Beverly), Rich, Rob, Andrew, Stephanie and her children Bella and Vera. She was also a storyteller, a pen pal, a moral compass, and a friend. To her daughters, Elaine (Edgar) Crow of Shadyside, OH and Judy (Gary) Gill of Baytown, Texas, she was more than just a mother. To them, she was a seamstress, a loan officer, a counselor, and even a disciplinarian. To her husband Flave, who died in 1986, she was a wife, a cook, a travelling companion, and the love of his life. To the thousands of audience members who saw her perform as Minnie Pearl at the Victoria Theater in Wheeling, she wasn’t just part of the show. She was a comedian, a stress reliever, and a breath of fresh air. During the last few years, she became a resident at the Shadyside Care Center, first as a volunteer of 22 years, with her friend, Judi Arno, and then later as a resident. There, she was more than just the lady at the end of the hall. She was a caregiver, a listener, a beautician, and even a bingo caller. And to the members of her congregation at Shadyside First Christian and later at New Life Fellowship she wasn’t just a member. She was a follower of Christ, a force in spreading the gospel, and a choir member – even if she did sing off key a bit. She may have been many things to many people, but to all, she was a loyal friend and someone who will be missed. Coming from such humble beginnings, it is amazing that a woman with a grade school education who never learned to drive could make such an impact on the lives of those she touched. Clara Louise Hahn will be missed here on earth, but will be welcomed with open arms when she arrives in Heaven.
Family and friends will be received at the Bauknecht-Altmeyer Funeral Homes and Crematory, 3900 Central Avenue, Shadyside, Ohio, Sunday from 2-4pm- & 6-8pm where Funeral services will held at 1p.m. Monday with Pastor Joel Traylor and Reverend Randy Weaver officiating.
Burial follows in Belmont Memorial Park Cemetery, St. Clairsville, Ohio.
Condolences may be expressed to the family at www.bauknechtaltmeyer.com

Our love, thoughts, and prayers are with you all. We only met Louise once or twice, but we knew what a wonderful woman she was through Judy and her family who loved her so. Our hearts hurt for you and pray for peace to come to you soon.
Love, Lee and Susan

Elaine and Judy my prayers and thoughts are with you . Y our mom was a wonderful person.

I have so many cherished and beautiful memories of Aunt Louise! She was such a beautiful lady inside and out! No matter how often or how little I was able to see her she was always full of love, laughter, and kindness! We use to write to each other and I always thoroughly enjoin receiving her letters! She will be greatly missed ! Although she is no longer with us, I know that the wonderful memories that we each have of her will go on for our lifetime! She has touched many lives over the years and she was truly an angel on earth for so many of her friends, family, and audiences! If there is anything that I can do for any of you Elaine and Judy please let me know…..I love you all and am sorry that you have lost your sweet mom but, now she is with all of her other family in heaven. With lots of love and prayers for you all…. Amanda, Tim Hall
Travis and Alaina

Louise was a cherished friend to my mother. I remember climbing all those stairs into her home so that we could have the luxury of her seamstress skills! God Bless your family and enjoy your memories.

One of the best volunteers Shadyside Care Center has had. Always made me smile