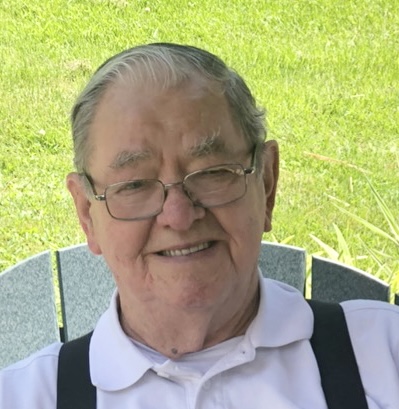 Bob worked at Wheeling Pittsburgh Steel for 40 years. He then worked as a press operator for Shadyside Stamping. He was a U.S. Air Force Veteran, who served during the Korean Conflict. He was a member of the VFW Post 626 and a member of Bellaire / Neffs Road & Run Gun Club.

In addition to his parents, he was preceded in death by his wife, Eunice Carman, who passed away in 2008; brothers: James, Carl, Donald, Charles Carman; sisters: Almeda Yost, Patty Ann Lynn, Donna Brady, and Linda Butler.

Interment will follow at Holly Memorial Gardens with Full Military Rites by the Belmont Veterans Association.

The family would like to express their gratitude to Neffs E-squad and Stonerise Home Health and Hospice for all of their care they gave Bob.

Memorial contributions may be made to Neffs Volunteer Fire Department and Stonerise Home Health and Hospice.

Bauknecht-Altmeyer Funeral Home – Bellaire Chapel is handling the arrangements for the Carman family and online condolences can be directed to the family by visiting www.bauknecht-altmeyer.com.

My family extends our condolences on the loss of one nice man. I knew Bob and his family for many years. Always kind and had a big smile on his face. RIP

My dearest friend and family,

So very sorry for the loss of your father. Take the time to look back on all the joys and memories of his life. How blessed you were to have enjoyed him for so many years.

He was so blessed to have your loving support and care during his life and final years. Find comfort in knowing that you were his shinning light.

Hoping you find comfort in the love of friends.

Pam, I’m so sorry for the loss of your dad, my prayers are with you and your family at this difficult time.

Dear Pam, Evelyn and Family,
I am so sorry to hear of the passing of your Dad. I was thinking of him last month and wondering how his health was. My sincere thoughts and deepest sympathy are with you and your family. With much love and hugs,
Corina and Family

Dear Evelyn and extended family…please accept my heartfelt thoughts in your sorrow. Dad’s are a hard ‘goodbye’ in this life but remember…there will be a great ‘meeting in the air’ for believers in JESUS CHRIST. Cry, remember, but cherish everything about your dad…it will keep your heart warm in the days ahead when your smile returns. Love, sue junkins

Pam and family – I’m so very sorry to hear about the loss of your Dad. I’ll be making his corn casserole this week in his memory! <3

So very sorry to hear of your dad’s passing. Seems like we were just talking about him. Please know that you are in my thoughts and prayers.

May your memories of Clarence Robert Carman, give you peace, comfort and strength…