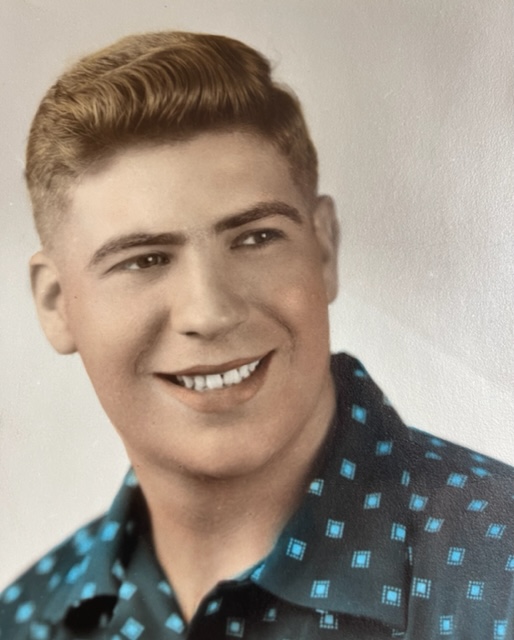 He graduated from Bellaire High School in 1947 and served his country in the United States Army.

Curtis retired from Prudential Insurance Company and held memberships in the Ionic Lodge #438 and the American Legion. A Christian by faith, he attended South Bellaire United Methodist Church.

In addition to his parents, he was preceded in death by a son, Curtis Mark Weeks and daughter-in-law, Cathy Weeks, one infant granddaughter Natalie Weeks, four brothers Kenneth, Melvin, Charles, and Ralph, and four sisters Edna, Peg, Marion, and infant Karen.

Family and friends will be received on Monday, May 9th at Bauknecht-Altmeyer Funeral Homes and Crematory, 441 37th Street, Bellaire, OH 43906 from 2-4pm and 6-8pm, and on Tuesday, May 10th at 10:00am until time of Funeral Service at 11:00am with Pastor Jim Lish officiating. Interment to follow at Mt. Zion Cemetery, Bellaire, OH.

Dear Cousin Wanda,
I’m so sorry to hear about Curtis. Sending you all love and prayers.
Melissa

Deep hole in our church family at the passing of this man. Curtis I was glad to have met you & gotten to know you! Always will remember your smile & kindness! Thoughts & prayers going out for Wanda & the family! God be with you all! Judi McGarry

Still remember the laughing fits Uncle Curt caused me during mom and my last visit. Perkle Derkle will never be gone as there are far too many memories. Sending hugs to all our family.

So sorry for your loss. Curtis will be missed by all. God bless the whole family.

May your memories of Curtis R. Weeks, give you peace, comfort and strength…

Sending prayers and condolences to the family of Curtis Weeks. I met and knew Curtis, and his wife-widow, Wanda, when I became a member of our church in South Bellaire. We spoke with one another every Sunday after church services and found a solid friendship in our presence. I also knew other members of Curtis’s Family from my days in high school when I met and dated a daughter of one of his brothers, a man by the name of Ralph Weeks.
May God bless Curtis’s widow and his extended family during their time of loss.