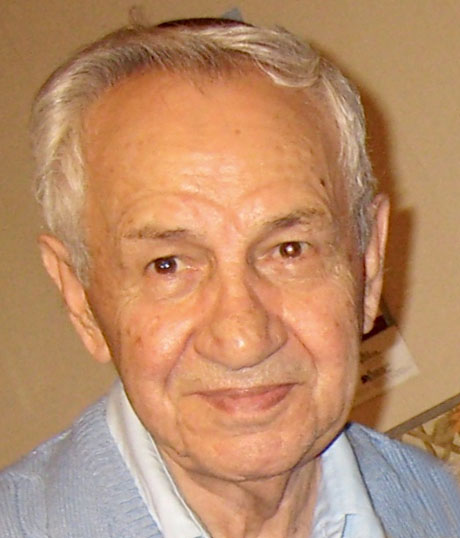 Daniel Francis Silverio, a longtime resident of Shadyside, Ohio passed away Monday, July 27, 2020 in the Boca Raton Regional Hospital in Boca Raton, Florida at the age of 93.

Dan was a WW2 veteran in the Merchant Marines and also served in the Army. He was employed for many years by the Futhey Lumber Company/ Shadyside Builders. He also was employed by North American Coal/Consol. Dan and his wife, Mary Jo loved to dance to Big Band Swing Music. He was an active member of St. Mary’s Church in Shadyside through their Holy Name Society and was a regular on the annual festival cooking crew. Dan was a great friend and neighbor, a true gentleman, and loved by everyone who had the honor of knowing him. Dan and Mary Jo’s hospitality “on the hill” will be remembered by many. Dan’s final years were spent in Boca Raton, Florida where he resided at Banyan Place Assisted Living and became known by his many friends as “Dan the Music Man”. He was one of 10 brothers and sisters and leaves behind a large extended family. He will be greatly missed.

A graveside memorial service will be scheduled at a later date.

Share your thoughts and memories with Dan’s family at www.bauknechtaltmeyer.com.

My prayers and deepest sympathy to all of you. Danny and me shared a lot of memories in the shop. Never will for forget him,dancing and cooking at the St. Mary’s Festival, God Bless.

Dan was the best! The best neighbor, more like a 2nd Dad than just a neighbor. Always with a smile! I only had the chance to dance with him once, but have to say he was the best dance partner anyone could wish for! I could have danced the night away! May he be dancing and cooking up a storm in heaven with his MaryJo. I will forever miss his baccala! Love and prayers to you all.

Danny was a wonderful man. Our condolences to his family.

Sammy, I’m so very sorry to hear of your father’s passing. Blessings to you and your family.

Dan was a good one. So sorry for your loss.

I remember Danny and Mary Jo. They were friends of my parents, John and Polly Murray. He was such a nice man. I remember their hilltop home and their hospitality. My deep sympathy to the family.

So very sorry to hear of my uncle Dannys passing. He was a true gentleman.

Cathy, Sam, Rosie and Dan, just want you to know how sad I am at the passing of your dad. My uncle Danny was the best. He always had a smile on his face and a kiss when I walked in the door. He cared deeply for everyone but particularly family I have such fond memories of him and your mom. I will miss him. I hope you all will take comfort in how terrific a person and father he was. Take care and be safe

Cathy Danny Sam Rosie I have put this condolence off long enough.I can not tell his family and a world full of friends what a wonderful Father you were blessed to have.We will miss him always.I must say he was as close as a father could be to both of us. We had so much fun doing the simple things of life.We will always remember the night at Oglebay listening to the Glenn Miller Band .That was a memory to cherish.Rest in peace my good friend until hopefully we meet again !

Sorry to hear of your loss. Always had the most respect for your Father and Mother. God Bless