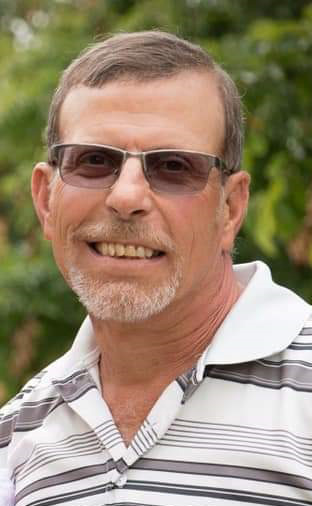 He was born October 10, 1956 in Wheeling, West Virginia son of Albert L. and Theresa Taibi Iafrate.

David was the owner of Al’s Masonary & Son Construction and a member of the St. John Catholic Church in Bellaire, Ohio.

He was preceded in death by his first wife, Kimberley M. Iafrate on December 22, 2010.

Family and friends will be received at the Bauknecht-Altmeyer Funeral Homes & Crematory 3900 Central Avenue Shadyside, Ohio on Sunday from 2 to 4 and 6 to 8 pm. Funeral liturgy with Mass will celebrated on Monday at 11 am at the St. John Catholic Church with Fr. Daniel Heusel, as Celebrant. Interment in the Powhatan Cemetery in Powhatan Point, Ohio.

Memorial contributions may be made to the Catholic Charities or Youth Services System by going to TMCFunding.com.

Albert, Theresa, Marie sympathy and prayers for your family from cousin Dolores
Barnett

Albert & Theresa. I am so sorry to hear of your loss. My thoughts and prayers are with you and your family. Love ❤️ Gloria

My condolences to the family. May the God of all comfort, (2 Corinthians 1:3, 4)sustain and comfort you at this time of such great loss.

My deepest sympathies at the loss of Dave. He is a great guy.

Boomer I’m so sorry for the loss of your father. I wish you and your entire family all the best and keep remembering and celebrating all the good times you’ve had with him. God bless you all.

Condolences to family and friends

We were so shocked and saddened to hear of Dave’s passing. We had only known him for a couple years but he had become a member of our family.

He was a master craftsman who always did things the right way. We were constantly amazed by the magic he was able to peform in his work. His knowledge and dedication to his craft were unparalleled.

Our sincerest condolences to the family in this difficult time. May God bless you and give you peace.

Sympathy and Prayers, Nathan and Family. God Bless and comfort all of you and God Bless your Dad’s soul!

I am very sorry to hear about Dave’s passing. I went to school with him and had the pleasure of chatting with him at a reunion a few years back. Dave was one of the good guys, he had a great smile that put you at ease immediately and had such a sweetness about him. I am keeping his family in my thoughts and prayers.

So sorry to hear of Dave’s passing. I went to Central with him. He was always a nice friendly happy person. He had a wonderful smile. He will be truly missed God bless your family at this difficult time. I will keep you in my prayers