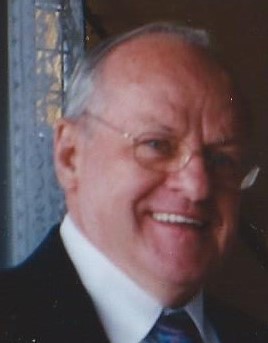 He was born September 27, 1927 in Bellaire, Ohio a son of the late Alden and Alma Litman McEndree.

Mr. McEndree was a retired coal miner with the former Consol’s Shoemaker Mine in Benwood, West Virginia, a member of the Bridgeport Church of God and the UMWA. He was a US Army veteran.

In addition to his parents, he was preceded in death by his wife, Dorothy Jean Hill McEndree on Janauary 23, 2017, they were married on January 7, 1956, two brothers, Russell and Mansell McEndree and three sisters, June and Eleanor McEndree and Hattie Virginia Bittner.

Family and friends will be received at the Bauknecht-Altmeyer Funeral Homes & Crematory 441 37th Street Bellaire, Ohio on Monday from 5 to 8 pm and Tuesday from 11 am until time of services at 1 pm with Pastor Kevin Roseberry officiating. Interment in the Ebenezer Baptist Cemetery in Bethesda, Ohio with Full Military Honors conducted by the Belmont County Veterans Association.

Memorial contributions may be made to the Bridgeport Church of God by going to “TMCFunding.com”.

Helen & the children of Dave, Deepest condolances on the loss of your father. He was a wonderful person whom I had the privilege of knowing through my marriage into the McEndree family. Thoughts & prayers are with you all as you go through this sad time.
Sue McEndree ( Mansell’s wife)

May your memories of David Edward McEndree, give you peace, comfort and strength…