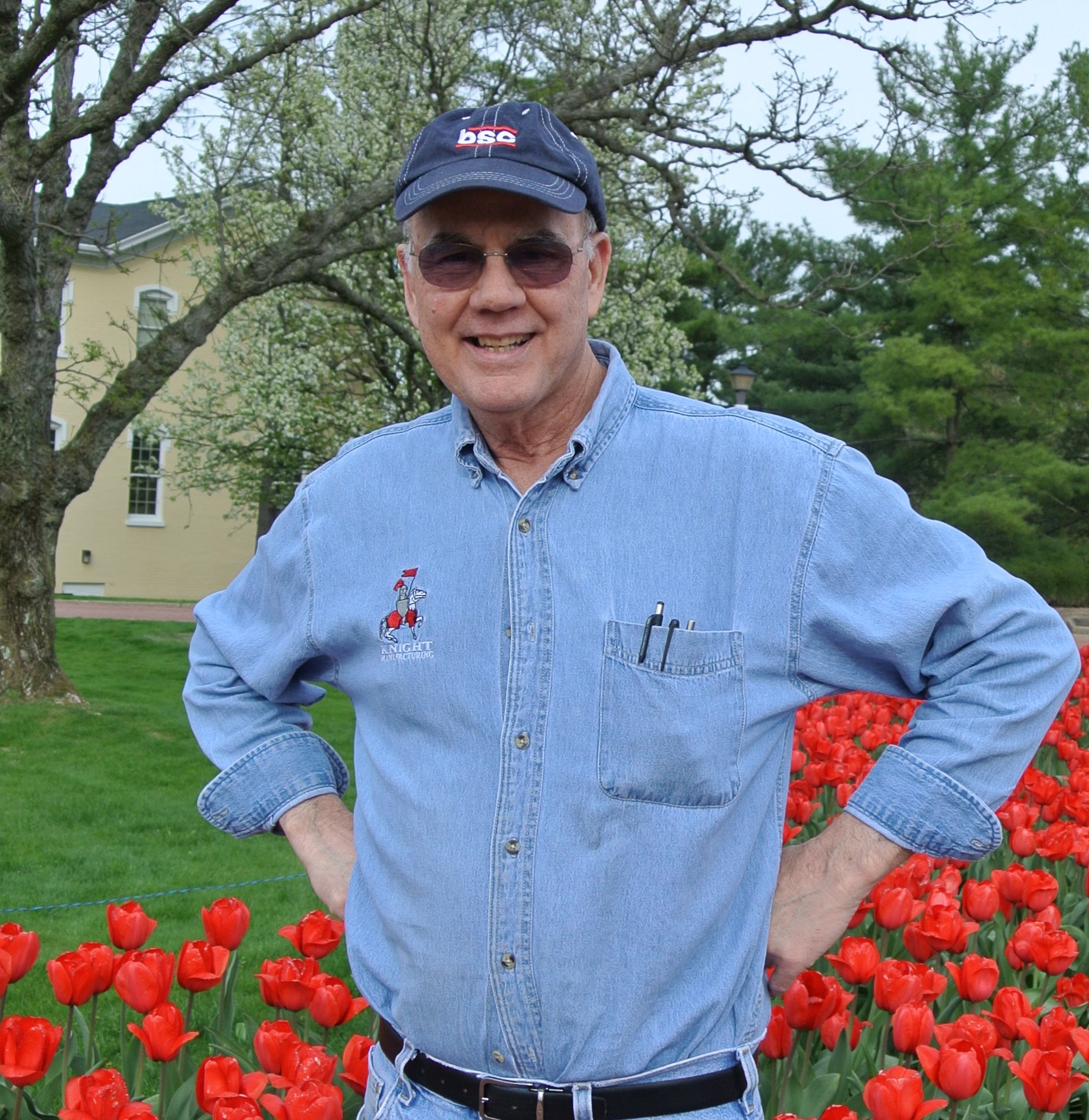 David G. Knight, 74 of Shadyside, Ohio died Friday, January 8, 2021 at The Ohio State University Wexner Medical Center in Columbus, Ohio. He was born July 12, 1946 in Bellaire, Ohio son of the late Willard J. and Elvira Dale Knight. David was the owner of Knight Manufacturing Company, founded by his grandfather, Harley Knight and Willard Knight in 1935 and owner of Belmont Stamping Company which was acquired in August of 1986. He took great pride in working alongside his employees and family including his wife and daughter Sara S. Henthorn now the 4th generation.

David was an active member of the First Presbyterian Church in Shadyside, Ohio; served as board member of the OR & W Fire District, served on the board of directors of the Casket and Funeral Supply Association, Shadyside Chamber of Commerce and was a 1964 graduate of Shadyside High School and an avid supporter of the Shadyside community and school district. He was a U.S. Army veteran and attended West Liberty State College and Ohio University. He also owned and operated The Pizza Pub in Shadyside in the 80’s.

In addition to his parents, he was preceded in death by his brothers, Robert Soccorsi and Gary Knight and his father-in-law Loren Brown. David is survived by his wife, Donna J. Brown Futhey Knight. They were married on February 14, 1987 and have been together for 38 years. His daughter, Sara Summer (Curtis) Henthorn of Shadyside, Ohio and son, Robert Paul (Gina) Futhey of Grove City, Ohio and his grandson Henry, who he enjoyed spending time with. Also his sister-in-law, Judith Soccorsi of Boardman, Ohio and his best friend John Shaver of Shadyside, Ohio. His nieces and nephews with whom he had a special bond, Mark (Denise) Soccorsi, Matt Soccorsi, Robin Gartland, Rob (Jen) Soccorsi, Jeffrey (Judy) Soccorsi and Jenna (Chris) McNulty and his great nieces and great nephews. Also his mother-in-law Hazel (Kanzigg) Brown and Sister-in-law, Karen (Brown) Boyd and her husband Larry and niece Emily and nephew Nathan.

David was so full of life. He had a way of making everyone he met feel special. He loved to work, never stopped learning, and enjoyed a challenge. He enjoyed gardening, working on house projects, baking cookies, washing cars and spending time with family and friends. He was glad to meet new people and lived life to the fullest.

A Celebration of David’s life will be held at a later date. Memorial contributions may be made in David’s memory to the First Presbyterian Church by CLICKING HERE or the OR & W Fire District by CLICKING HERE. Share your thoughts and memories with David’s family at www.bauknechtaltmeter.com.  Arrangements by the Bauknecht-Altmeyer Funeral Homes & Crematory 3900 Central Avenue Shadyside, Ohio.

Services held at First Presbyterian Church on Saturday, January 30th at 1 pm may be viewed remotely by CLICKING HERE.

Donna, I’m so sorry to see that David has passed away. I’m just now hearing of this. My heart goes out to you and your family.

So very sorry for your loss, Dave had a smile for everyone

Donna, Sara and Robert, Please accept our deepest sympathy on the loss of Dave. He was a great guy and will be missed.

I worked for Dave for 41yrs. Will miss our 10 o’clock coffee and crackers break. He was a good friend and helpful to me in many ways and to anyone who needed help. The shop will never be the same. He will be greatly missed but his suffering is over. He rests from his labors. Donna and Sarah, I am here for you whenever you need me.

I am very sorry to hear of Dave’s passing. I knew his parents, Willard and Elvira, well and I worked for Dave at the Pizza Pub game room way back in the 80’s. Sending condolences to his wife and daughter.

Our Prayers and condolences go out to Donna and Sara. David was a great person and will be missed. God Bless You.

Dave was one of the nicest people I have ever known. He was a true friend. I will miss him more than words can say here. My heart goes out to all of his family.

Donna, Sara, Bob and family, David was one of the nicest men I knew. Always stopped to talk and so friendly. I know he took good care of all of you. Your memories of him will remain in your heart forever. Hugs and prayers to you all. Donna, please let me know if you need anything. ❤️

Donna and Sara, Janet and I are so very sad to learn about Keitch’s passing. I found it very strange when he did not respond to my text at Thanksgiving and Christmas. It has taken me all of this time to be able to get the courage communicate with you. Please email me when possible and I will attempt to call you again. Can’t wait to get together with you and Aut to tell all fun stories. My God bless you both!

Donna , I would like to express my deepest sympathy for your loss. I always looked forward to seeing David at the CFSA events and speaking with him from time to time about our industry. Rodney