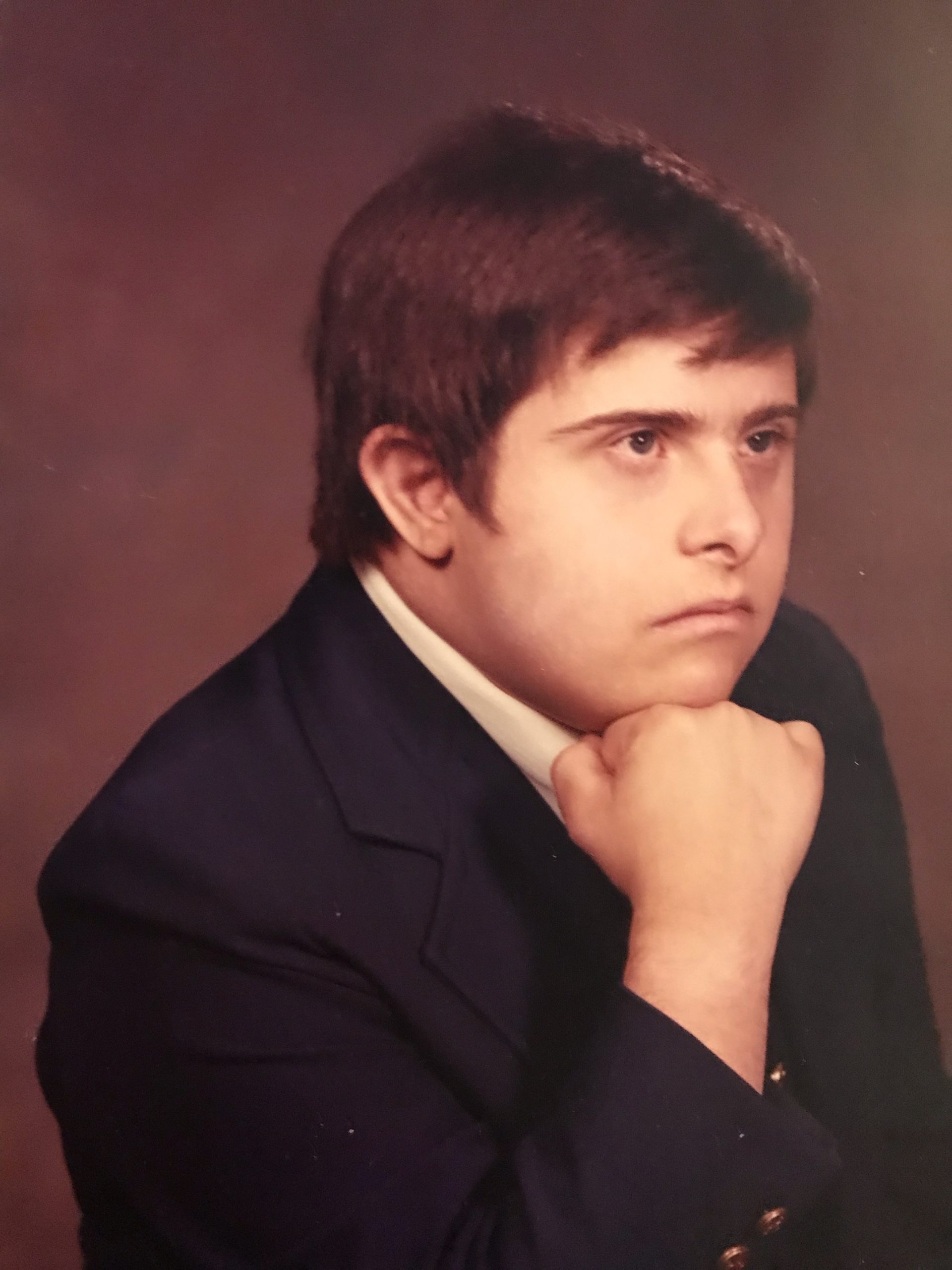 He was born December 7, 1962 in Wheeling, west Virginia a son of Albina “Beanie” Cerviano Giannangeli and the late Dominic “Pickles” Giannangeli.

David attended the School of Hope and Belco Crafts for many years. He was a Special Olympics participant in swimming, bowling, track and field and basketball which he enjoyed immensely.

David’s family appreciated the support and care of his caregivers.

Family and friends will be received at the Bauknecht-Altmeyer Funeral Homes & Crematory 441 37th Street Bellaire, Ohio on Monday from 4 to 8 pm. Funeral liturgy with Mass will be celebrated on Tuesday at 11 am at the St. John Catholic Church in Bellaire with Fr. Daniel Heusel as Celebrant. Interment in the Mt. Calvary Cemetery in Bellaire.

Memorial contributions may be made to the Special Olympics and the St. John Catholic Church by going to TMCFunding.com.

Our thoughts and prayers are with you. David was a lot of fun when he was feeling well. God bless all of you.

David was a great young man. I did payroll and if I went out on the floor David would come to me and ask do I get a check on payday.He rode my husband school bus.I will always remember David when they had their dances .David enjoyed the dances they had.When the music would start so would David and the music stop you would see David still would be dancing.David was a great young man who enjoyed coming to Belco.Rest in peace David.