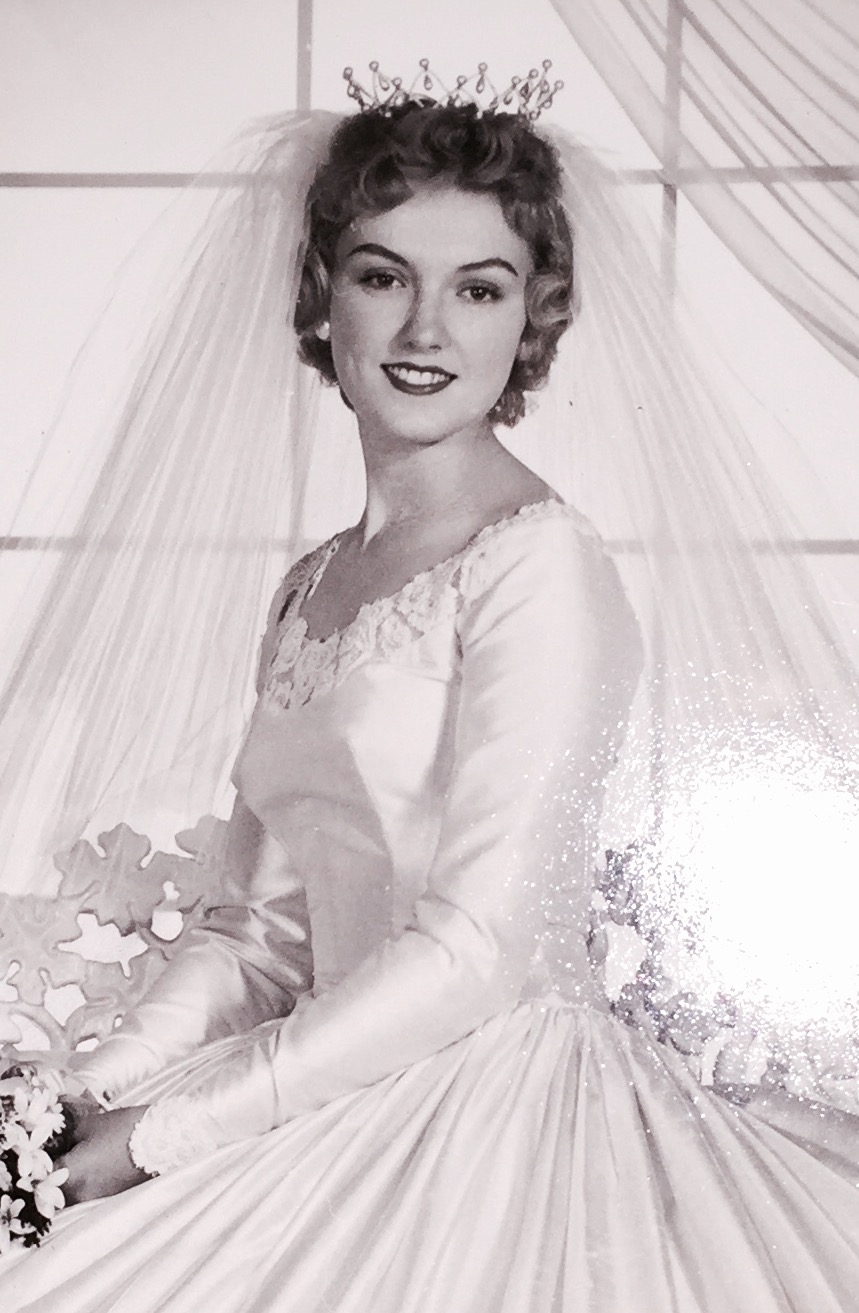 Delilah J. Palian passed peacefully into her Lord and Savior’s arms on July 30, 2015 at Liza’s Place after a very long battle with a rare blood disorder.

Delilah or Dee, as many knew her, was born on January 7, 1942 in Wheeling, West Virginia to the late Robert E. Byrd, Sr. and Almeda Thomas Byrd.

A 1959 Bellaire High School graduate and lifelong resident of Bellaire, she devoted her life to happily serving students of the Bellaire School District for a total of 38 years. Most notably at Bellaire High School, she worked along the side of Molly Perzanowski Feller for many of those years.

Delilah was also a faithful member of the First United Methodist Church in Bellaire where she could always be found teaching Sunday School, Junior Church, or Bible School.

Delilah will especially be remembered as a selfless, enthusiastic, life-loving person who never met a stranger, always gave a self-esteem boosting comment, and whose infectious laugh brought beaming smiles to those lucky enough to be near her.

Delilah was preceded in death by her parents, her sister, Margaret “Peggy” Byrd, and her brother, Robert E. Byrd, Jr.

Visiting hours will be held on Sunday from 4:00 to 7:00 pm and Monday from 9:00 am until time of services at 10:00 am at the First United Methodist Church, 3402 Guernsey Street Bellaire with Pastor Phil Bliss and Rev. Tom Jones officiating. Interment in the Holly Memorial Gardens in Pleasant Grove, Ohio,

In lieu of flowers, memorial contributions may be made in her memory to the First United Methodist Church, 3402 Guernsey Street, Bellaire, Ohio 43906 or Valley Hospice Care Center’s Liza’s Place 10686 State Route 150, Rayland, Ohio 43943.

Share your thoughts and memories with Delilah’s family at www.bauknechtaltmeyer. com.

As the school year starts, Dee’s absence will be felt by so many. She was so great at what she did! Her sense of humor kept everyone smiling. She loved her students and they knew it! What a special lady she was! Our deepest sympathies to Martin and family.

Dee was a wonderful caring person I was in Molly’s class 1993 to 1995 she was kind to me as a student helped me in class when I needed it .and was always caring and wanted me to do my best she will be missed

I was very sorry to hear of Dee’s passing. I remember when we still lived in the area and went to visit with Dee. My kids loved her and my Mother was a good friend. She was a wonderful person. My thoughts and prayers are with the family at this sad time..
Kathy Petredis Bobick

Dee was a great woman who touched a lot of lives. I don’t remember ever seeing her that she didn’t have a smile on her face and a kind word to say. The world is a better place for having her in it. She will be missed.

To the Family of Dee,

I got to know Dee through my mom, Judy Steele, who worked with Dee at Bellaire High School. Dee was such a fantastic and fabulous lady. And that smile of hers was infectious. Her gentle soul and humble heart will be missed by all who knew her. I am truly blessed to have known her, and I will miss her dearly.

Thinking of you in your time of loss. Your mother was indeed such a fun person to be with always made you feel special

Dear Family,
So very sorry to hear of Dee’s passing. She is one very special lady with a smile for all she meet. May the Lord, hold you in his loving arms as you go through the rough days a head. Thoughts and prayers to you all.

I’m giving thanks for knowing Dee for many years. Her Mom and used to play cards with Helen Oberle and I was introduced to Dee all those years ago. What a wonderful lady. I will keep her in my heart forever. Kind, beautiful and loving! God Bless Her and keep her in her eternal rest

R.I.P. Dee Dee. I thank God that in my lifetime I was blessed to know such a wonderful, beautiful, Christian woman. Dee Dee always had words of encouragement and was so pleasant to be around. She was a teacher to many by example in the way she lived her life. God has gained an angel. We’ll meet up again someday. God Bless all family members and friends in this very difficult time.

So many years ago when I was just coming up to teenage… I met Bobby he had just moved into Bellaire and I got the honor to meet him right off, we became best of friends, hung and did so many thing together. I met his mom and dad and his sister (Dee Dee) and husband Martin (we called him junior ) Dee a woman of wonderment, always helped Bobby and me through .. laughed all the time….never did she discourage any effort that was put forth , a woman, teacher, and great friend … the kind that will live in my heart always!!! Junior……(Martin that is hold your thoughts for her…… talk with her often, take long walks and hold tight ,her hand…..she will never leave you …May God show you the way and be with you while you sort things out……hugs to you all!!!!!!