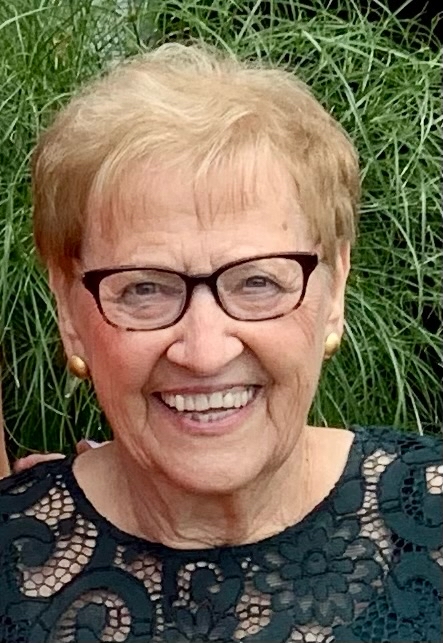 Delores Sara (Pal) Pawloski, of Shadyside, Ohio went to her Heavenly home on Thursday, August 25, 2022 at the Shadyside Care Center after a brief battle with pancreatic cancer. She was 88 years old. Pal was born October 13, 1933 in Clarington, Ohio and was the daughter of Phillip Andes and Marie (Kirschner) Andes. On February 4, 1956 she married the love of her life, Walter J. (Ceasar) Pawloski, and he survives. Ceasar and Pal celebrated 66 blessed years of marriage.

She is also survived by her only child, Jay W. Pawloski and his wife, Karen, of Beverly, Ohio. The lights of her life were her granddaughters, Jessica Pottmeyer (Blake), of Marietta, Ohio, Jillian Dozer (Dirk), of Beverly, Ohio, and Jacqueline Indermuhle (Ryan), of Sardis, Ohio. She was blessed with four Great-Grandchildren Braylin and Grady Pottmeyer, Taytum Dozer, and Hudson Indermuhle. She is survived by many nieces and nephews. She was preceded in death by her parents, and all of her siblings including Phil Andes, Jr., Nadine Staresinic, Edward Andes, Arthur Andes, Marie Andes, and Robert Andes.

Pal grew up on the family farm on Krebs Hill until they moved to Shadyside. She was a graduate of Shadyside High School where she was active as a cheerleader. She was a member of the St. Mary Catholic Church in Shadyside. Pal retired from the Bellaire Health Clinic and was a proud member of the U.S.W.A.

A funeral Mass will take place at St. Mary Catholic Church in Shadyside on Monday, August 29 at 10:00 a.m. with the Rev. Father Daniel Heusel officiating. Burial will follow in the Powhatan Point Cemetery in Powhatan Point, Ohio. Friends may visit with Pal’s family on Sunday, August 28, from 4:00 to 6:00 p.m. at the Bauknecht-Altmeyer Funeral Home in Shadyside.

Pal and I worked on the same floor at Bellaire Clinic. She was crazy funny and had the most beautiful smile. Condolences to her family.

Jay, I am so sorry for your loss. Your Mom was such a nice person. You and your family are in my thoughts and prayers.

Jay, I’m so sorry to hear of your mother’s passing. My condolences and sympathies for you and your family in this time of loss.

So sorry Jay to you and your family. Your mother was always a sweet lady and Kind. Prayers for you all.

So sorry to learn of Pal’s passing. She had a great spirit and a wonderful sense of humor.

I have so many fond memories of Pal. She was a high school friend of my mom. She met Ceaser at my parent’s wedding inn1955. Such a great lady who loved her Shadyside Tigers. Deepest sympathies to my godfather Ceaser and Jay.

I’m so sorry Jay and family. She was such a sweet lady and I have many fond memories of her from our childhood Jay. From seeing her at our sports events and when I was the paper boy. God Bless her and all of you.

What a lady, her and Thelma took such great care of our kids in Canada. Marquie love everything about her. May God Bless and keep her and your family in this time of sadness. Love Mark and Lori Brooker

Jay and family. I am so sorry for your loss. I will miss talking to, and laughing with her. She always talked about you all and was so proud of you.