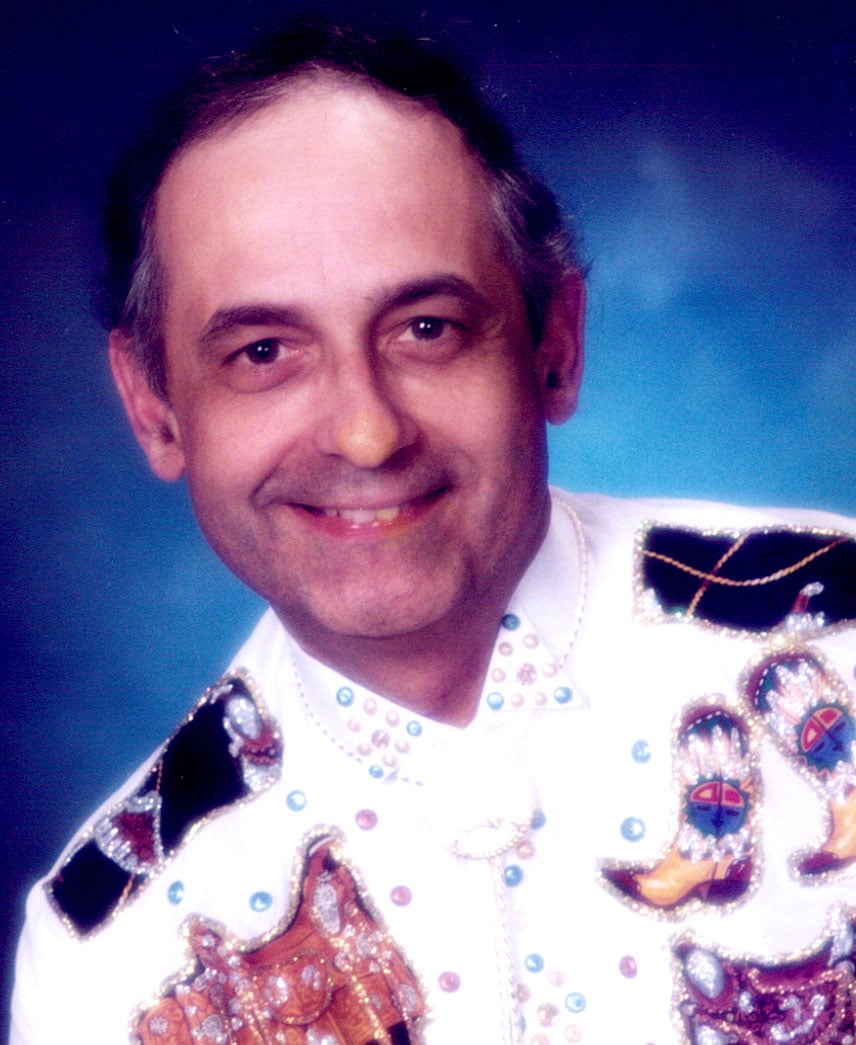 Dennis Frank Pasz, 76, of Bellaire, Ohio died Saturday, December 12, 2020 at the Reynolds Memorial Hospital in Glen Dale, West Virginia. He was born June 8, 1944 in Bellaire, Ohio son of the late Frank and Edith Postich Pasz. Dennis was retired from the former Blaw Knox in Warwood, WV and Washington Steel in Washington, PA. He graduated from Bellaire High School and Ohio University with a degree in Business Administration. Denny was a well-known professional musician around the Ohio Valley for many years. He was an accomplished accordionist, keyboard player and lead singer for the “Paszifying Sounds” of the Denny Pasz Band. The band’s performances featured a mixture of Big Band Sounds, Polkas, Slovenian-style medleys and “pop”and rock-and-roll standards to name a few. His band was invited to perform out-of-state on numerous occasions, including cruises to Bermuda and the Panama Canal. Denny was honored to perform and record with Doc and Chickie Williams of country music fame as part of his musical experiences. In his spare time, he became a licensed ham radio operator; trained as a TV repairman and enjoyed working on automobiles along with puttering around his garage.
Denny is survived by his companion of 57 years, Carol Ann Suchan, his sister, Lana (Ed) Ofat, nephews, Chris (Kayla) Ofat, Jay Ofat, niece, Alyssa (Doug) Adkins and great nephews, Nolan Adkins and Camden Ofat. Family and friends will be received at the Bauknecht-Altmeyer Funeral Homes & Crematory 441 37th Street, Bellaire, OH on Saturday from 12 Noon until time of services at 2 pm with Rev. James Hoff officiating. Masks and social distancing will be observed. Interment in the Belmont County Memorial Park Cemetery in St. Clairsville, Ohio. Memorial contributions may be made to St. Jude Children’s Research Hospital by Clicking Here (TMCFunding.com). Share your thoughts and memories with Denny’s family at www.bauknechtaltmeyer.com.

Please know you are in our thoughts and prayers as we bid farewell to our friend. I will forever be great full for all that I learned from Denny throughout the years playing guitar with the band. Denny was a very talented man blessed with the ability to entertain. His music brought so much joy for many of us through the years. I regret that I can’t be there to personally say goodbye to a good friend, and to be able to give you a hug, Carol. May God Bless and be with you during this time. And, Denny, rest in lasting peace, old friend. I hope to see you again some day, and perhaps strike up tune once again.

Sorry to hear of Denny s passing. A lot of fond memories playing music with him for over 35 years. He and his music will surely be missed.

Denny was a true friend. Was a pleasure playing music with him for over 35 years lots of fond mmemories. He will be missed.

Denny was a true friend. We played numerous gigs for over 35 years. I was the bass player from St. Clairsville. Denny was always there to help when needed whether it was car problems or musical equipment repairs. I always enjoyed the challenge playing the songs that he would come up with. Sometimes learning them on the fly. Tons of fond memories and he will be missed. My regrets for not making the funeral arrangements. We are taking precautions due to my wife’s ongoing health issues. Rest in peace Denny.

Dennis the LORD has called you HOME, and as you stand before HIM, HE say’s
thank you for a job well done.
You are gone from us, but won’t be forgotten.

Denny was not only my #1 mentor for accordion playing, but also a wonderful friend. He and Carol treated me with great kindness and are the very best of friends. Some of my most memorable moments have been with them.

Carol, I am so sorry to hear of Denny’s passing. Please accept my sincere condolences. Dennis was the best…..always a gentleman…..the last time I saw him and you ….was at the Casino…..doing what he loved to do…..playing Polkas…..he was very talented. Rest In Peace my friend……

Carol, you and Denny ‘s family have our deepest sympathy. He was so talented and shared his music with so many people.

So sorry to hear of Denny’s passing. We will keep your family in our prayers

Denny you were my best friend.i miss you so much but i know you will be watching down on us and playing your music. Carol i am so sorry i will always be here for you