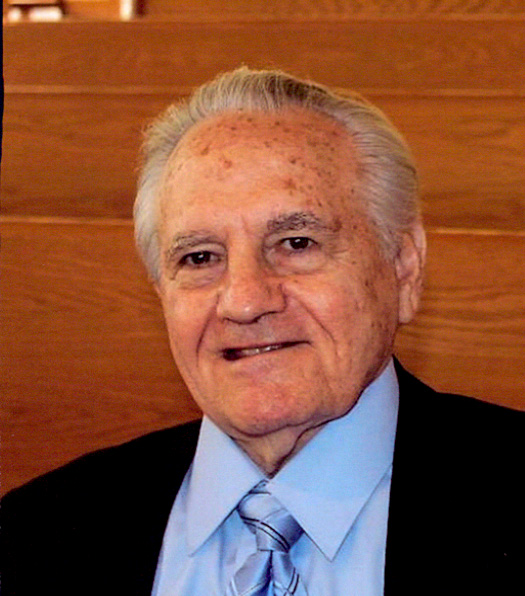 He was born January 4, 1932 in Bellaire, Ohio son of the late Dominic and Mary DeSimone DelGuzzo.

Dominic was a retired employee of the Wheeling-Pittsburgh Steel Corporation’s Martins Ferry Mill, a member of the St. John Catholic Church in Bellaire, Ohio, Bellaire Eagles FOE 371, Sons of Italy Lodge 754, American Legion Post 38 Martins Ferry, Masonic Lodge, Past President of the Bowling Association, the Bowling Hall of Fame and was a former volunteer fireman for Bellaire and First Ward. He was a US Army veteran of the Korean Conflict.

In addition to his parents, he was preceded in death by his wife, Charlotte M. Harris DelGuzzo, sister, Esther Siburt and brothers, Anthony, Richard, Peter and Robert DelGuzzo.

Family and friends will be received at the Bauknecht-Altmeyer Funeral Homes & Crematory 441 37th Street Bellaire, Ohio on Tuesday from 2 to 4 and 6 to 8 pm where services will be held on Wednesday at 11 am with Fr. Daniel Heusel officiating. Interment in the Mt. Calvary Cemetery in Bellaire, Ohio with Full Military Honors by the Belmont County Veterans Association.

Memorial contributions may be made to the VFW Post 626 by going to TMCFunding.com.

Share your thoughts and memories with Dominic’s family at www.bauknechtaltmeyer. com.

The DelGuzzo Family
So very sorry for your loss. Our thoughts and prayers are with you at this most difficult time!

Dave and Debbie,I am so very sorry to hear that Mr. DelGuzzo has passed away. What a wonderful man! I enjoyed your mom and dad so much at all the football and baseball games. They were great people. Love and hugs to all of you.

David and family,
So sorry to hear about your dad’s passing. You have my deepest sympathy
Patty Bauknecht Valloric

May your memories of Dominic Delguzzo, give you peace, comfort and strength…