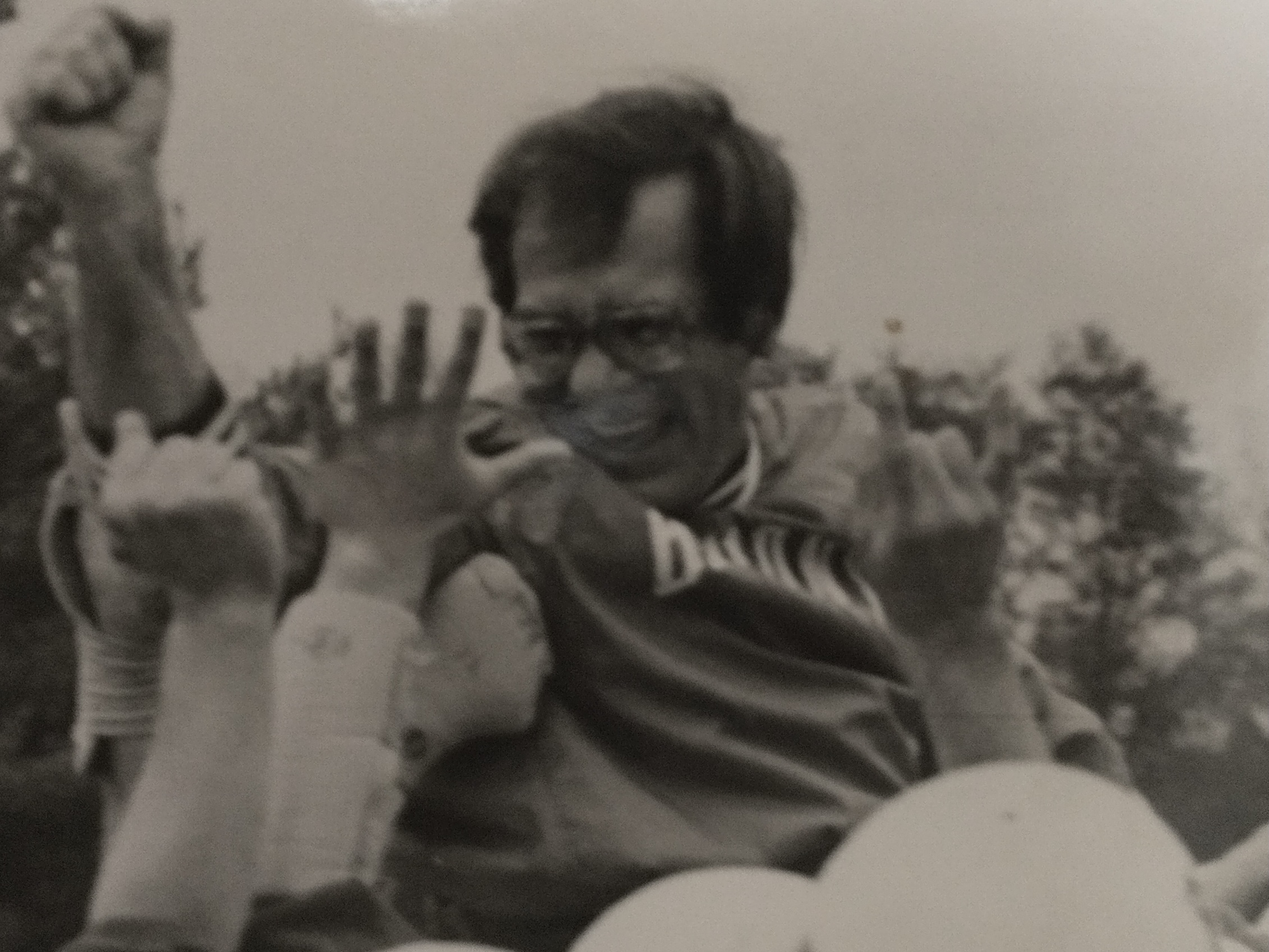 E. Donald (Don) Ault passed away Thursday, February 25 in his sleep. He was 91.
He was born July 17, 1929 in Bellaire OH, son of the late Opal Parr Ault and Elmer Ault.
Don was the football coach for Bellaire High School after graduating from West Liberty State College, where he was captain of the football team in 1949 & 1950 on undefeated teams. His BHS 1966 team went undefeated, setting records and culminating in him being named Ohio High School Coach of the Year.
From Bellaire he coached a year at Marshall University. He then went to Bethany College as the Asst. Head Football Coach, becoming Head Coach and leading the Bisons to an undefeated and untied season in 1980, and becoming the first-ever Bethany College team to play in the NCAA Division III playoffs.
After leaving Bethany he became Head Coach at Slippery Rock University where he revived a dormant program and was named Coach of the Year by the Pittsburgh Post-Gazette.
Surviving are his children Debbie Ault (of Wheeling) and Don Ault, nieces and nephews and many former players from his teams at Bellaire High, Bethany College and Slippery Rock University.
Per the family’s wishes, no formal services will be held at this time.
Share your thoughts and memories of “Coach” at www.Bauknechtaltmeyer.com
31 Condolences
Inline Feedbacks
View all condolences
Don

Thank you for your kindness, words and thoughts. Each of you was special and meant the world to him. I thank you all for making his life more joyful.

Dear Coach Ault, You had a positive impact on the developing minds of hundreds, probably thousands of young people. You tempered our desire with discipline and, more than most anyone else in our lives, taught us the power and success of teamwork, all while having fun. What a gift! You told us to have “intestinal fortitude”, which you certainly demonstrated by living such a worthwhile life that continued years beyond many of the souls that you coached. Your spirit lives on in our hearts. Thank you.

Condolences to his family and friends. He was a kind man and always smiling.

Debbie and Donnie there are a lot of superlatives that describe your father. As a coach, mentor, educator, friend………he was simply the best in all areas. He was part of my life for over 50 years. He will be missed by all his players and the coaching fraternity.

Debbie and Donnie…So sorry to hear that Uncle Don passed away..Have alot of fond memories of growing up around him and how he would tease me when Martins Ferry played Bellaire….RIP Uncle Don……Thoughts and prayers to you and Donnie….Maryellen

My deepest condolences to Debbie and Don…Debbie thank you for bringing coach to lunch in Wheeling to meet Mike Furda and me a few years back….in reading and talking with former players, I must share how Coach had that great sense of humor and will never forget his pregame/Friday night story about a guy who drew pictures of mice while living in a garage…the mouse? Mickey and the guy? Walt Disney and the message? Never quit! He would also use his “whispering” voice to command more attention in his stories….and we will never forget him telling us to “strap on the bayonet because we are going up and over that hill!” thanks for sharing D-Train and thank you Coach Ault…you certainly made a difference! Who could forget…
Pre-Practice, Stance-Starts-Steps, only “2 pats” of butter on the potato for pregame meal, Side-Straddle-Hop, 2 Snickers and 2 Pepsi , and those tendency sheets to stop the opponent… Coach Ault’s reach extends far beyond what people will ever know!

I can’t say how grateful I am to have had Coach Ault in my life. I feel that the strength & passion you passed on to all your players exemplified your life. You will be greatly missed.

Teachers change lives. Coach Ault was a great teacher. As a young teacher at BHS, often I had lunch with the football coaches and got to know Don. One day we were joking that the school was better off because a notorious troublemaker had quit. Don remarked, “ That kid didn’t fail us, we failed him.” That stuck with me and I remembered Don’s wisdom during my 42 years in education at the school and college levels whenever I dealt with a troubled student. Thanks Coach Ault. You changed a lot of people and made them better.