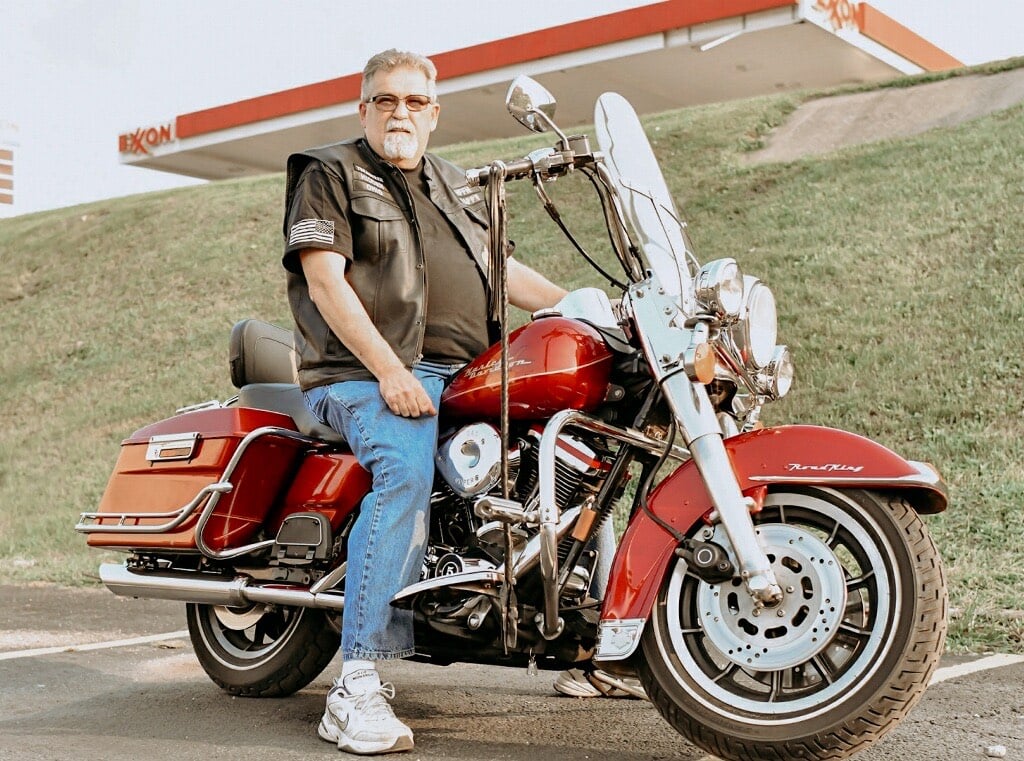 He was Member at the First United Methodist Church of Bridgeport. He is a graduate of Bellaire High School, class of “78”, served in the US Army. He was a retired semi-truck driver, a motorcycle enthusiast, and a member of the HIDDEN PSMC. He hunted, fished, and he loved his grandchildren with his whole heart. We cannot forget he was a Gulla’s Hot dog fan.

In addition to his parents, he was preceded in death by his grandparents, Lawrence & Bernice Palmer, Paul and Edna Mehl, his sister, Debra McGinnis. He has been married for 44 years to his wife Donna (Ramsey) Mehl.

Friends and family will be received on Saturday, January 14, 2023 at the First United Methodist Church – 405 W Bennett St., Bridgeport, OH, from 1:30 pm until time of Full Military Rites by the Belmont County Veterans Association at 1:45 pm. Don’s Celebration of Life will begin at 2:00 pm with Pastor Rebecca Latynski officiating.

Online condolences may be made at BauknechtAltmeyer.com

My condolences to Donna, David, Eric, and the rest of Don’s family. I hope you find comfort in your many memories of Don, his parents Don (Gus) and Diane, and his sister Debbie. Love from his Aunt Ginny’s and Uncle Carl’s daughter Terri

We grew up together, you were like a brother. Will always miss you. Love, Bob
Sending our condolences.
Bob, Linda, Jason, & Christina

Oh Donna I am so very sorry for your loss of Don. He was such a nice guy. I feel awful that I cannot attend the service at the church on Saturday because I had already taken Saturday off to work for my brother this weekend at a gun show as I so often on my available weekends monthly do. I’m committed and he has such a difficult time finding people willing to work cheap that he couldn’t find anyone to cover for me, much to my chagrin. I will try to get in touch with you in a week or so to pray for you and of course I have already prayed for you and will keep you in my prayers as I know that only God Almighty can get you through this difficult time. I’m so happy that you are a woman of faith as so many are not and therefore unable to available on God’s peace which passes all understanding as you can. Know that I, and of course no doubt so very many others care. Love, Cindy Lalic

My thoughts and prayers are with all of you Don was an amazing man and will be greatly missed. If you got the chance to have him as a friend, acquaintance, family member then God truly blessed you because he I was definitely one in a million. Eric, David, Donna, Donald and rest of the family I am truly truly sorry for your loss.

Donna
So sorry to hear about your husband. You have my deepest sympathy
Patty Bauknecht Valloric

Donna and Donald and family….I am so sorry for your loss!! Prayers to you all!! Love you guys!

Stephanie, Donald & family, Sending our deepest sympathy in this difficult time. Prayers for comfort for your family. So sorry for your loss.

Donna my thoughts and prayers to you and your family! So sorry!!

Many prayers for his family . He will be missed by all. Strong prayers.