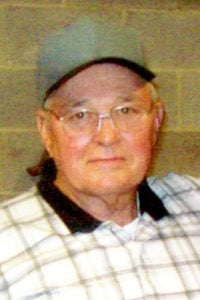 Don was a retired employee of Operative Plasterers & Cement Masons, a member of American Legion Post #228 and proudly served in the U.S. Army.

In addition to his parents, he was preceded in death by his stepfather, Friend J. Goudy; a brother, Marvin Brown; a sister, Muriel Coleman.

Private visitation will be held on Thursday from 10 am until time of service at 12 pm at Bauknecht-Altmeyer Funeral Homes & Crematory 186 Main Street Powhatan Point, OH 43942 with private services held with Pastor Lorna Knight officiating. Burial will follow in Powhatan Cemetery with full Military Honors conducted by Powhatan Honor Guard.

Memorial contributions may be made to American Legion Post #228 by going to “TMCFunding.com”

Share your thoughts and memories of Don with his family at www.bauknechtaltmeyer.com

I’ll forever love you… you’ll be missed so much! ❤️

My condolences to the family . Don was a great man had a lot of conversations up on my victory with him he will be missed but not forgotten.

May your memories of Donald O. Brown, give you peace, comfort and strength…

Sorry for your loss. Don was a great man. He was well known for being a nice man. Prayers for your family.

Sorry for your loss. Thoughts and prayers from the Zajdowicz family.

So sorry for your loss. Prayers of comfort for the families.