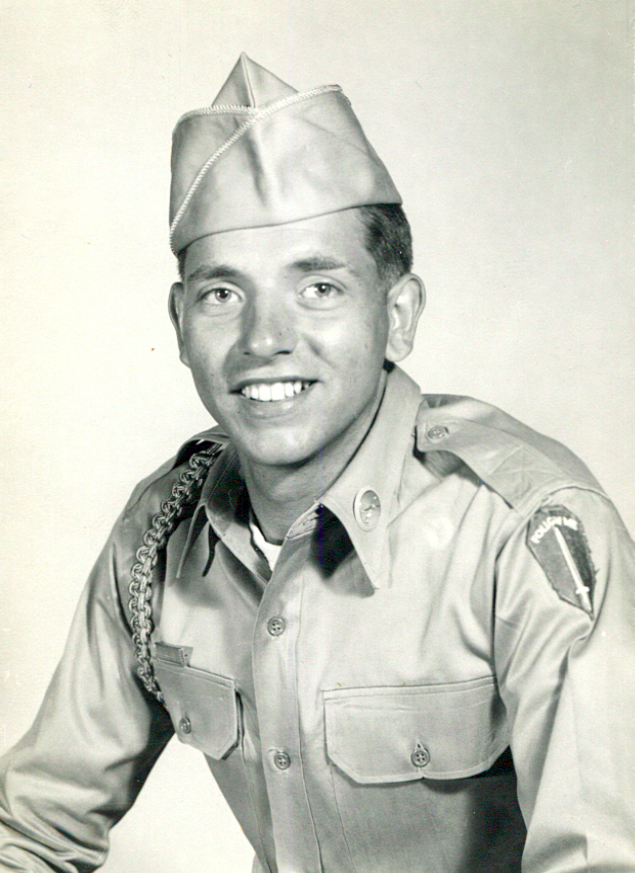 Edward was retired from the former First Energy’s R.E. Burger Power Plant serving in the maintenance department, a member of St. Mary’s Catholic Church, Shadyside American Legion Post 521, Sons of Italy and proudly served in the U.S. Army during the Korean Conflict.

In addition to his parents, he was preceded in death by two brothers, Joseph and George Spisich.

Friends will be received on Tuesday from 10 am until 11 am at St. Mary’s Catholic Church. Funeral Liturgy with Mass will be celebrated at 11 am with Fr. Samuel R. Saprano as celebrant. Burial will follow in Powhatan Cemetery.

Memorial contributions may be made to St. Mary’s Catholic Church by going to “TMCFunding.com”

Share your thoughts and memories of Edward with his family at www.bauknechtaltmeyer.com

Rena, Janice, Sharon and family. So sorry about your loss. May your memories of Eddie give you peace, comfort and strength. We sat behind him in church. He always had a smile for us. Heaven has gain an angel. May God’s love comfort all of you. Rest in peace Eddie. Rich and Mary Ryncarz

Dear Rena,Janice and Sharon, I am so sad to hear of Ed’s passing….I have such fond memories of him! He always had a spring in his step a smile on his face, and something nice to say that made you laugh. I remember delivering the news paper and tilling his garden for him. He was a Great Man, Husband and Father.
Love and Prayers, Dom, Amy,& Dante’

I first met Ed at the wellness center.We were next to each other walking on tread mills.After few minutes we realize knew few the same people. He was kind,told a good joke,gave me vegetable garden tips and shared his cucumber crop.I was sad to read of his passing.Rena and family my thoughts and prayers to you. God Bless.xoxo.

Mrs. Spisich, Jancie, Sharon and families,
I have many fond memories of growing up with your family in our very own Green Acres. I know that you have the kind of memories that will last a lifetime. Keeping you all in my thoughts and prayers. I am so sorry. ♡

To all of you, my sincere sympathy. Mr Spisich was a very, nice man.

Mrs. Spisich, Janice and Sharon….thinking and praying for all of you as you mourn. I have such fond memories of Mr. Spisich. He was always so sweet and kind. I can still see that big smile of his! One thing I know for sure, he certainly loved his 3 girls!! Much love and peace to you.

Dearest Rena and family. I am heartbroken today about Eddie’s passing. You two were so special to me when I started working at HLWC. I so loved it when Eddie came in every morning singing an old song. It tickled him that I knew the words to most of them and could sing along. Our special one was ” Blue Skies” and I know he is up there in hose blue skies watching over you and your family and singing with the angels. I will miss him so much. Take care of yourself and God Bless. Love Jan.

Please accept my deepest sympathy. May God bless all of you in this difficult time.

I WORKED AT BURGER WITH AND AROUND “STEADY EDDIE” FOR TWELVE YEARS. HE WAS A TRULY FINE INDIVIDUAL. MAY THE LORD COMFORT YOU ALL AT THIS TIME OF GREAT LOSS!

Rena, I’m so sorry for your loss. You and your family are in my thoughts and prayers. God Bless………Judy