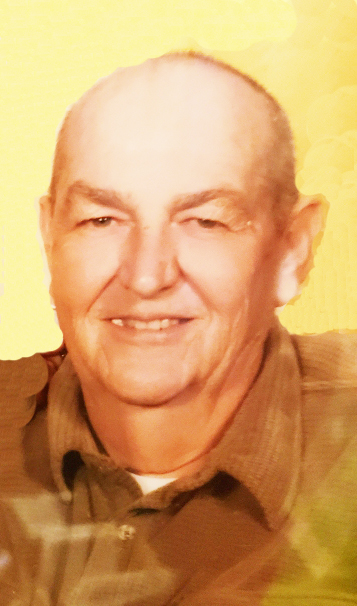 He was born June 26, 1945 in Bellaire, Ohio a son of the late Kathleen Crozier Allen and Marshall McCorkle.

Edward was a Methodist by faith and a graduate of Bellaire High School class of 1963. He was an Air Force Veteran who served his country during the Vietnam War. After the war he became an IronWorker for Local 549. He later went to school and earned an associate’s degree in drafting and design. Edward was a member of multiple organizations including the American Legion Post 52, Veterans of the Vietnam War, national member of the Veterans Coalition and National Rifle Association.

In addition to his parents, he was preceded in death by his step-mother, Norma Jean McCorkle; sister, Gloria Palmer, and granddaughter, Meagan “Mugz” Toothman.

Due to the COVID 19 pandemic, facial coverings and social distancing are required.

Memorial contributions may be made to the Disabled Veterans National Foundation and Meagan Toothman Foundation by going to TMCfunding.com and searching “Edward L. McCorkle Sr.”

Share your thoughts and memories of Edward at www.bauknechtaltmeyer.com.

Dear Carole and. Family,
So very sorry for your great your loss. I just turned my ipad on to look for a classmates address as she had asked how you are and I was ready to call you next. I turned first to read the obits and my eyes nearly popped out of their sockets when I saw the sad news. yes, as Jim said, I remember Ed dancing in his chair at the reunion. He really enjoyed himself that night. Although all will miss Ed, we do not want him to suffer.we pray all will be well with you.

We are so sorry for your loss. I remember when Ed popped a wheely and danced in his wheel chair years ago at our class reunion. Ed will be missed by all of his classmates from the graduation class of 1963.

Eddie Lee, Melissa and the McCorkle Family. This has been a difficult time for so many. We are truly sorry for your loss and are in our thoughts.

Carole, Missy and family,
So sorry to hear about Ed’s passing. You have my deepest sympathy
Patty Bauknecht Valloric

Eddie Lee and Missy, I’m so sorry to hear of your fathers passing. I have so many good memories of your parents, your dad was a one of a kind man while on this earth! Now he’s sitting at the right hand of our Lord God and is in a much better place! Love & Blessings to both of you and your families.

Dear Eddie —
Please accept my condolence upon your dad’s passing. May God’s peace and blessings be yours during this tender season; and, may He give you many lovely memories, so that you may always have roses in December.

Maryann (used to be Kovacevich, directed musicals at Bellaire High)

Ed will be missed. What a remarkable man. When Brookfield was first going in Ed would ride us little kids in bed of his big dump truck moving dirt around for all the new lots. He say… hold on, then lift the bed and dump the dirt while we all hung on. Lots of good memories of Ed growing up in BrooksRun Rest easy Ed! Condolences to the family.

May your memories of Edward L. McCorkle, Sr., give you peace, comfort and strength…

Eddy was the best! He was selfless and loved you all. proud to be his cousin.