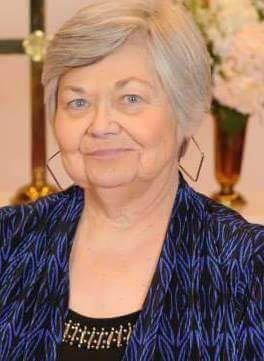 She was born January 30, 1950 in Wheeling, WV, the daughter of Donald E. Nelson and Wilma (McAllister) Nelson.  She is a 1968 graduate of Bellaire High School.

Eileen was a dedicated and wonderfully talented musician for her entire life.  She taught piano in her home, accompanied many performances of community theater in the Cambridge area, as well as many high school students for competition; “Her intuition and kindness for vocalists couldn’t be matched”. She was active in many local bands and the Cambridge Singers. She was the accompanist for the Muskingum University Concert Choir during one of their tours of Europe.  She was well versed in Old Standards, Big Band, Soft Rock, Southern Rock, Country (although not her favorite), Broadway and Jazz, but her true love was The Blues.  After moving to Columbus, she was very involved in the Columbus Blues Alliance, sitting in on jams at the Thirsty Ear and was even known to add some blues and gospel into her playing as the organist at First Presbyterian Church of Grove City.

A memorial gathering of music and celebration will be held at 10:30 am at the Rock Hill Presbyterian Church, Bellaire, Ohio on Saturday June 3, 2017 with Rev. David Demarest officiating.

Burial will be held at the Rock Hill Cemetery at a later date.

Memorial contributions can be made to Donate Life America by going to “TMCFunding.com”

Share your thoughts and memories of Eileen with the family at www.bauknechtaltmeyer.com

Cambridge was so sad to lose Eileen’s marvelous skills years ago. Even more saddened to hear of her final journey! Rest in peace… prayers for family and close friends.

Eileen was a major influence as a piano accompanist when we were in high school. I can’t believe it was 50 yrs ago that she showed me (with such ease) how to play all four SATB staffs at the same time. As much as I struggled, she inspired me to try to live up to her ability when I took over the piano duties after she graduated. I was never as good, but she was a great mentor and I looked up to her in admiration. I’ll always be grateful for her example. I love you, Eileen.

Eileen’s music added pleasure to all. She was so willing to help us choir members learn our parts that she made CD’s with our individual parts. You always knew where you stood with Eileen. I appreciated that about her. John loved it. Lord bring comfort to her family and friends. Love you. Goodbye Eileen.

I was so glad I was able to be with Eileen and help her through her illness. I will will miss my friend, but find comfort that she is now at peace. Love you.

AMEN to each loving tribute posted here and elsewhere recently! Eileen Taylor powerfully impacted the lives of our First Presbyterian Church family and our personal family, having enhanced Keira and Brandon’s wedding, but more profoundly been a special friend to Roy and Brenda. We loved every moment that “Ladyfingers tickled the ivories”, whether in worship or at gatherings. Eileen and Roy shared a special bond through choir and solo preparation. The music she generates in Heaven will truly be missed here on earth, as will her unique personality.

I remember Eileen as always pleasant and friendly. She was always doing volunteer work. It was nice getting to know her at the various festivals where she would be staffing the blues alliance tent. She loved music and gave so much support and encouragement to all the local musicians. She was out enjoying a festival the last time I ran into her. Her presence will be missed. Eileen was a very kind and decent person.

It was an honor to know Eileen.
I remember when Donald and Wilma got a speeding ticket taking Eileen #or her kidney transplant. She was brave, strong, loving, and loving. What an amazing talented woman, whose life was well lived. Condolences to the family and all who loved her.

God has added another angel to heavens choir.

Our sincerest condolences in Eileen’s passing. She had immense talent and was generous to share it when and where there was a need. Her pain has ended and her journey everlasting is underway. Until we meet again……