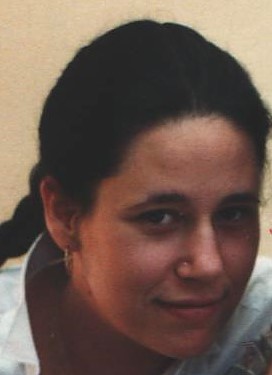 She was born August 16, 1964 a daughter of the late James Ray and Joanne Marie (Mayer) Lovelace in Akron, Ohio.

She worked for Undo’s in St. Clairsville for many years as a waitress and manager and then for the Belmont Savings Bank as a teller.

Libby was a Catholic by faith.

She enjoyed her time serving on the St. Clairsville City Council and was a fan of the Steelers, Buckeyes and the Penguins.

She was married to her loving husband Chris Heintzelman on September 19, 1994 and shared twenty six wonderful years together.

She is survived by her husband and her children, Kyle Marie and Madeline Anne Heintzelman both of St. Clairsville, OH.

A private service will be held at the convenience of the family.

Share your thoughts and memories of Libby with the family at www.beckaltmeyer.com

Libby- you are so beautiful and I miss you. I thank you for your kindness to me in high school. I look forward to seeing you in heaven. Praying for your family. Love Paulette

She was a beautiful soul and will be missed by many. So sorry for your loss.

“While I am sadden to learn that you are mourning the loss of your beloved Elizabeth, it saddens our Creator Jehovah even more (Psalm 83:18). Because death is an enemy that brings pain and emptiness to each family it touch, our Creator is “close” to those that grieve and feel brokenhearted as Psalm 34:18 reminds us.

You are warmly invited to visit JW.ORG, a website of Comfort and hear the Bible passages via Audio and see much more.”

I worked with Libby at Undo’s years ago. She was always so happy! I am so sorry for your family’s loss!

my thoughts and prayers go out to you and your family

I am truly sorry to hear of the loss of your sister. Please accept our condolences and may our prayers help comfort you.

So many wonderful memories with my Aunt Libby. She loved me, my brother and my sister as though we were her own and she will be forever missed. My heart goes out to Chris, Kyle and Maddie. Love you all so much.

Some for your loss Chris. My prayers are for you and your family

Chris, so sorry for your loss. Prayers to you and family .

I am so saddened to hear of your loss, Chris! I hope that you can find peace in all the special memories you shared with Libby! Please know that I will be thinking of you and your family. Jan Henthorn