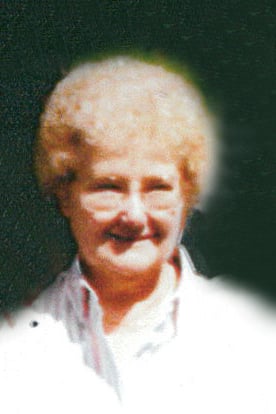 She was born January 5, 1929 a daughter of the late William and Joanna (Hartline) Palmer in Tiltonsville, Ohio.

Ella was preceded in death by her parents, her husband Charles “Bud” Bell and a daughter, Linda Kenney; as well as 2 sisters, Pauline Hungerman and Beulah Miller and two brothers Leslile “Bush” and George Palmer.

She is survived by her daughter, Nancy (Bell) Anderson and her sisters, Estella “Dutch” Hayes, Dixie Lee (Pete) Mills and Joanna (Max) Wallner.

In addition she is survived by her grandchildren Charles (Kirsten Traczyk) Anderson Jr. Richard “Ricky” Kenney Sr. and Crystal Anderson as well as two great-grandchildren, Charles “Chas” Anderson III and Richard Kenney Jr. along with many nieces and nephews.

Family and friends will be received at the Bauknecht-Altmeyer Funeral Homes & Crematory 441, 37th street, Bellaire, Ohio 43906 on Friday January 26, 2018 from 8 am until time of service at 1 pm with Rev. Brad Schrum officiating.

Memorial contributions can be made to the family at “TMCFunding.com”.

Share your thoughts and memories of Ella with the family at www.bauknechtaltmeyer.com