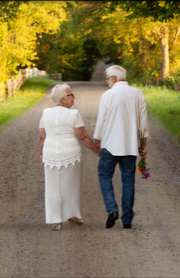 They were united in marriage September 6, 1969.

Emil was in the United States Army who served his country with great pride, he was also a retired machinist from Wheeling-Pittsburgh Steel. Melodye was a selfless and loving wife, mother, grandmother and friend. Emil and Melodye loved taking walks, yardwork and reading books, anything that allowed them to do things together.

In addition to her parents, she is preceded in death by her brother, Curt Hemsley, sisters, Lynda Angus and Nancy Hemsley.

Family and friends will be received Wednesday, December 11, 2019 from 3 to 7 pm at the Bauknecht-Altmeyer Funeral Homes & Crematory 441 37th Street Bellaire, Ohio for Celebration of Life Services.

In lieu of flowers, memorial contributions may be made to either the Bethesda Fire Department, Bethesda Public Library or the Belmont County Animal Rescue League by going to TMCFunding.com.

Share your thoughts and memories with Emil and Melodye’s family at www.bauknechtaltmeyer. com.

I met Melodye and Emil through the Johnston’s many years ago. I am so sorry for your pain and great loss. I am praying God holds you close and holds you together giving you precious memories to reflect on and peace that only He can give.

I am very sorry for the terrible tragedy that you’re going through at this time.Words can’t even begin to tell you how bad we feel for all of you at this time. I have known Melodye for a very long time. I met her through your Aunt Patty. I was just part of the Hemsley family I was very blessed to be loved by their Mom and Dad Melodye was a good friend and she and her family went through some very hard times but no one knew because they always had a smile on their faces I remember so well the day my telephone rang and there was a screaming voice saying Shirley pray Linda has been shot and killed in the drive way of her home I I said I will be right there and her and I went up to where she was shot.The one thing I remember about that awful tradegy was that the whole family treated his family with dignity and respect.Now here we are going through another tradgedy and we just don’t understand why.We cry out and say No we can’t believe this is happening to us not both of them.But I can hear your Mom saying I didn’t have to go through this by myself I had your Dad right there with me This can be one thing to be able to say that might help you in days to come I believe that I am going to be able to get through this very hard time knowing that they were together. I am sorry that i am not able to help you more.But I want you to know I will be praying for all of you and I know that you’re going to come through this because your Mom or Dad would not want you to grieve They loved each and every one of you. You all had a special part in their heart. Please don’t blame God because He is not the one who had any thing to do with it.We all say when something comes into our life we holler out God why did you allow this to happen??But instead let Him comfort you at this time. I will be praying for all of you and remember the wonderful memories you have made together.

Heartfelt condolences to the family. I will miss Melodye’s FB posts – she always had an encouraging word and somehow had just the right thing to say at the right time. Emil and Melodye are real examples of true love. Rest in peace.

I knew them through my sister. They were neighbors for a long time. They always seemed so happy and full of life. They will definitely be missed. Prayers for their friends and family.

I always be thankful and greatful my sister (Victoria Burley) and her family had neighbors like you. You both were always such a joy to be around and it was worth great pleasure meeting you both. My prayers and condolences are with your family at this time and I pray our lord wraps each and everyone of them in his loving arms and they get some comfort during this time. Much love and God Bless, Christina Corrick Xxo

Sending prayers for the Kettel family

Words cannot express the sorrow we feel as you are gone from our lives. The last conversation we had was in laughter and memories of of family times and the upcoming Holiday. Rest in peace Melodye & Emil.
Children and Loved ones know that you are in our prayers and thoughts. Our hearts are saddened for your loss.

We’re both so sorry for the loss do these two great people. Sharon graduated with Melodye, and I got to know them through a class reunion, and you could just quickly tell how wonderful these two people were. They will surely be missed by anyone who knew them, we know we already do.

My deepest condolences to the family, I pray that some day you are able to find some sort of peace with this tragedy. Melodye and Emil were the perfect story book love, great neighbors, and great friends. I didn’t have the honor of knowing them long enough ( only 3 years) but I learned a lot of them, and they were so kind to me and my family. My children adored walking over and having visits. I only hope one day I’m half the person they were. Forever missed but never forgotten! Heaven truly gained some amazing angels!