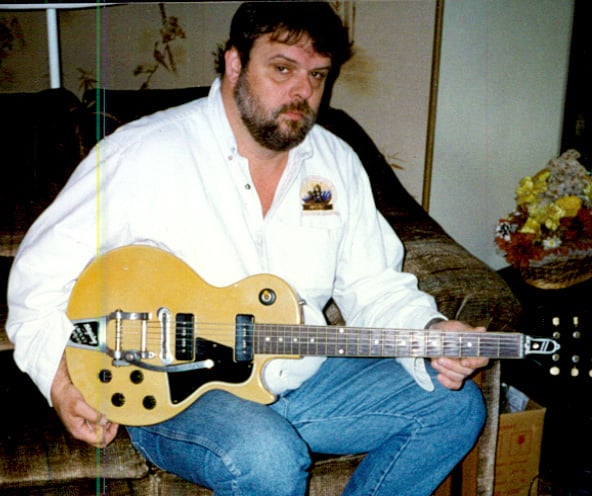 Eric was born June 6, 1953, in Bellaire, Ohio a son of the late William S. and Pauline B. Gibbons Crozier.

He was the owner, along with his wife Rosalee, of Nathan’s Sports Shop in Bellaire. He was a Methodist by Faith.

Preceding him in death, in addition to his parents, was a sister,Janice Anastasia.

Eric was an accomplished musician. Music and playing his guitars were his passion. He started a Bellaire, Ohio based band in the 1960’s called “Plum Alley” and was a member of the 70’s rock band “Buck-N-Wing”. He also played, keyboard, accordion, and most stringed instruments. He enjoyed talking about guitars and playing jam sessions with friends. He worked as Assistant Director of Engineering at Wheeling Broadcasting Company (WWVA) from 1984-1989 prior to opening the sports shop with Rosalee. He enjoyed fishing and spending time on the lake, especially Lake Erie. Eric loved joking and making every day a joy.

Family and friends will be received Wednesday from 2-8 p.m. at the Bauknecht-Altmeyer Funeral Homes and Crematory, 441 37th Street, Bellaire, Ohio where services will be held at 11am Thursday with Reverend Dr. Dennis Hancock.

Memorial Contributions may be made to Shadyside Church of the Nazarene or Amedisys Hospice at TMCFunding.com.

Condolences may be made to the family at www.bauknechtaltmeyer.com

Still Love you everyday miss you so much

Happy Valentines Day ❤️ I found a card from you last week. I look at it often. I Love you I miss you

I miss you everyday ❤️

It’s been a long year without you my love.
I love and miss you every day ❤️

It just ain’t the same.

I Love You always and forever ❤️

It’s been 3 months…l still miss you so much. It stinks without you. I love you always.

Happy Birthday in Heaven.
I love you so much. You are in my heart and mind. Always my Love