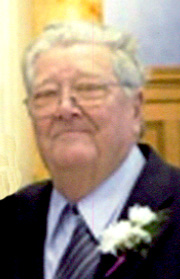 Ernest was a WWII veteran serving in the Army.

He worked as a laborer for Ohio Ferro Alloys and was a Protestant by faith.

He was preceded in death by his parents and a son Gregory Graham.

He is survived by his ex-wife Adrienne Graham and his son children David Graham of Powhatan Point, Ohio.

In addition he is survived by a sister Virgil Burian also of Powhatan Point, Ohio; four grandchildren and six great-grandchildren as well as a niece Sandra (Larry) Boger and three great-nephews.

A graveside service will be held on Thursday January 24, 2019 at 2 pm with Rev. James Hoff officiating in Powhatan Cemetery, Powhatan Point, Ohio where the Belmont County Veterans Association will confer full military Honors.

Memorial contributions can be made to the Wounded Warrior Project by going to “TMCFunding.com”.

Share your thoughts and memories of Ernest with the family at www.bauknechtaltmeyer.com

May your memories of Ernest Graham, give you peace, comfort and strength…