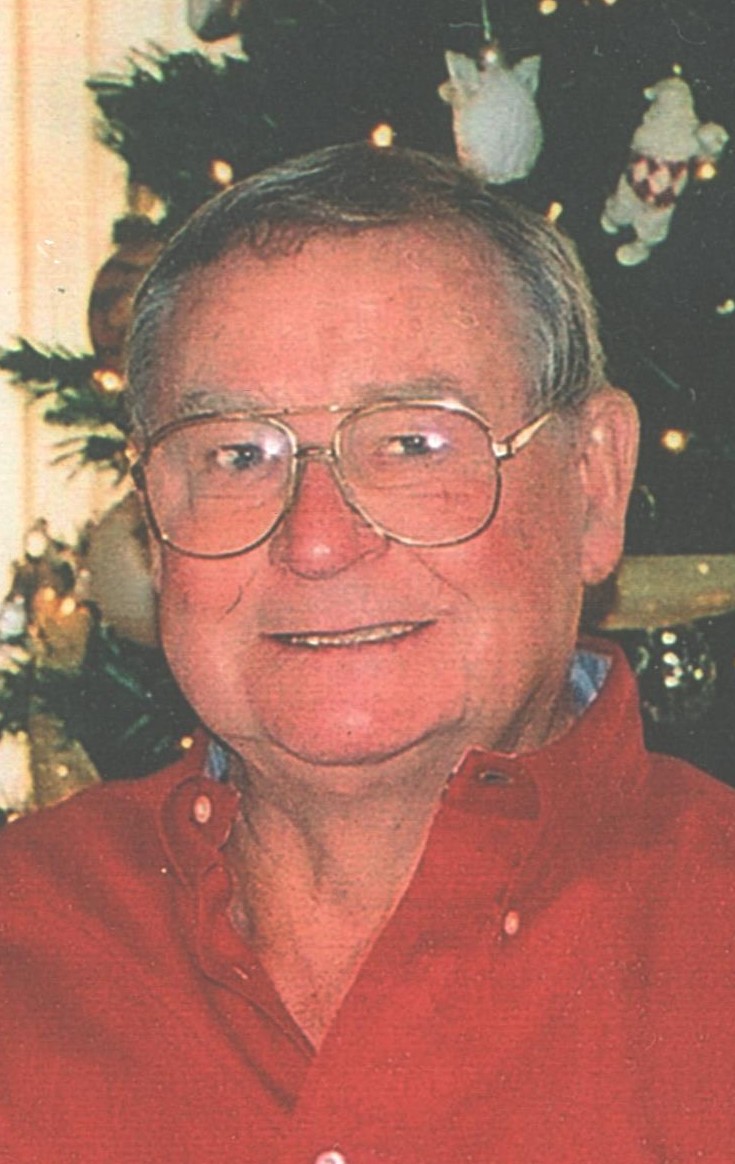 Visitation
Friday June 17, 2016
1:00 pm - 2:00 pm
Beck-Altmeyer Funeral Home
204 West Main Street
St. Clairsville, OH 43950
740-695-0475 | Directions
Service
Friday June 17, 2016
2:00 pm - 2:45 pm
Beck-Altmeyer Funeral Home
204 West Main Street
St. Clairsville, OH 43950
740-695-0475 | Directions
Eugene R. Bolo, 89, of St. Clairsville, OH, passed away on Tuesday, June 14, 2016, at his home. Gene was born on August 4, 1926 to Stephen and Verona Bolo in Alton, Illinois.  He graduated
from East Alton-Wood River High School in 1944. He promptly chose to serve his country and joined the United States Navy.  He served and attended college at Millsaps College in Mississippi, then continued his education under the G.I. bill at the University of South Carolina, where he played on the basketball and track teams as a Gamecock, and graduated with a degree in Civil Engineering.
In 1949, he married L. Bernadine Springer and went to work for the Olin Corporation in East Alton, Illinois. He was drafted and served his country as a member of the United States Army until he was honorably discharged in 1956.  He then was transferred to Ohio to work for the Ormet Aluminum Corporation in 1969.  He continued working for Ormet, eventually becoming the Vice President of Environmental Affairs.  He retired after a total of 50 years of service.
Gene’s favorite pastimes included fishing, duck hunting, frog-gigging, and golfing.  He also enjoyed playing bridge with Bernadine and friends.  For the past 14 years they have enjoyed their winters in Florida playing golf.
He was preceded in death by his parents, three sisters, one brother, and his loving wife, Bernadine, who just passed away last summer.
He is survived by one sister, Irene Hoeche of California: two daughters: Jeanne DeAmicis of Wilmington, NC and Jayne Kemo, of St. Clairsville; four grandchildren: Kris Kemo and Bo Kemo of Charlotte, NC; Alexandra DeAmicis of Miami, FL, Francesca DeAmicis of Chicago, IL: several nieces and nephews,  and his favorite little cock-a-poo, Coco.
Visitation will be Friday, June 17, 2016 at 1:00 with funeral services following at 2:00 at Beck-Altmeyer funeral home in St. Clairsville.
In lieu of flowers, memorial contributions may be made in Gene’s name to the Belmont County Animal Shelter , 45244 National Road West, St. Clairsville, OH 43950 Or the St. Clairsville Public Library, 100 Main Street, St. Clairsville, OH 43950. Offer condolences online at www.beckaltmeyer.com
4 Condolences
Inline Feedbacks
View all condolences
Cheryl D.

My sincere sympathy to the family. May you find comfort in your loving memories, and in God’s promise to soon “swallow up death forever” and “wipe away the tears from all faces.” (Isaiah 25:8)

Many memories across the years came flooding back into mind when I learned of the passing of a great gentlemen … Gene. It was an honor to know him, and I was impressed by working with him for many years. Some say the greatest measure of a man is not what he accumulates in life but rather what he gives away to others and provides posterity. Gene and Bernadine measure-up greatly with his daughters and grandchildren to carry on after him. He will be sadly missed ….but never forgotten.

I was so sorry to learn of Gene’s passing, and want to express my deepest condolences
to his wonderful daughters and family. Gene was quite the gentleman and a loving
husband and father, and I fondly remember many happy times spent with Bernadine
and him. They will be sadly missed by all, and I am just glad I had the opportunity
to know them. Most sincerely and with deepest sympathy, Pat Hays.

May your memories of Eugene R. Bolo, give you peace, comfort and strength…