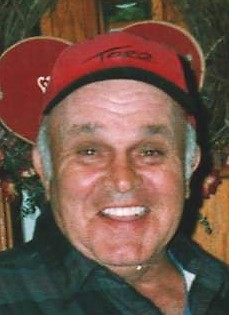 Eugene R. Jones, 75, of St. Clairsville, OH died Wednesday, October 25, 2017 at Ohio Valley Medical Center, Wheeling, WV. He was born May 7, 1942 in Cleveland, OH a son of the late Raymond and Marcella Polocy Jones.
Eugene was a retired employee of Consol Coal Company, and later in life he worked at the Belmont Hills Country Club. He was a member of American Legion Post # 159, VFW Post 5356, Lafferty Moose Lodge and the Bethesda Sportsman’s Club and the Fairpoint Polish Club. He enjoyed hunting, fishing and gardening and was a member of the Bannock United Methodist Church and a U.S. Army Veteran.
In addition to his parents, he was preceded in death by a brother, Roger “Butch” Jones; a sister, Linda Metzer.
Surviving are his loving wife Linda Burgess Jones of Bannock; three sons, Kevin (Karen) Jones of Columbus, OH, Scott (Alicia) Jones of St. Clairsville and Todd “Toad” (Kristie) Jones of Bannock; a daughter, Tammy Roth of Barton, OH; a sister, Patty (Norman) Palumbo of Bethesda, OH; grandchildren, Jeromie Turley, Jessica, Zakk, Zane Jones, Ellie Boroski, Jake (Kristin) Jones, Brandon, Taylor Jones, Brady, Kaitlyn, Tori and Nathan Roth; six great-grandchildren.
Friends will be received on Sunday from 2-4 & 6-8 pm at Beck-Altmeyer Funeral Homes & Crematory 204 West Main Street St. Clairsville with funeral services being held on Monday at 11 am with Rev, Al Hoder officiating. Burial will follow in Holly Memorial Gardens.
Memorial contributions may be made to Bannock United Methodist Church by going to “TMCFunding.com”.
Share your thoughts and memories of Eugene with his family at www.beckaltmeyer.com

OUR DEEPEST CONDOLENCE TO EUGENE JONES , MY CO-WORKER FOR MANY YEARS, A GOOD FAMILY MAN AND ONE OF MY BEST FRIENDS. MAY JESUS PLEASE BLESS HIS FAMILY MEMBERS WITH HIS HEALING LOVE.

May your memories of Eugene R. Jones, give you peace, comfort and strength…

Todd, Kristie and Family, We are so sorry for your loss. Know we are thinking and praying for you at this difficult time. When someone you love becomes a Memory, the Memory becomes a Treasure.

Todd,Kristie and family
send our condolences to you and your family in the loss of Todds dad
may God see you through this time of loss
God bless
Uncle Rick and Aunt Carol

My condolences to Scott, Todd, and family in your loss.
He will be forever in your heart.