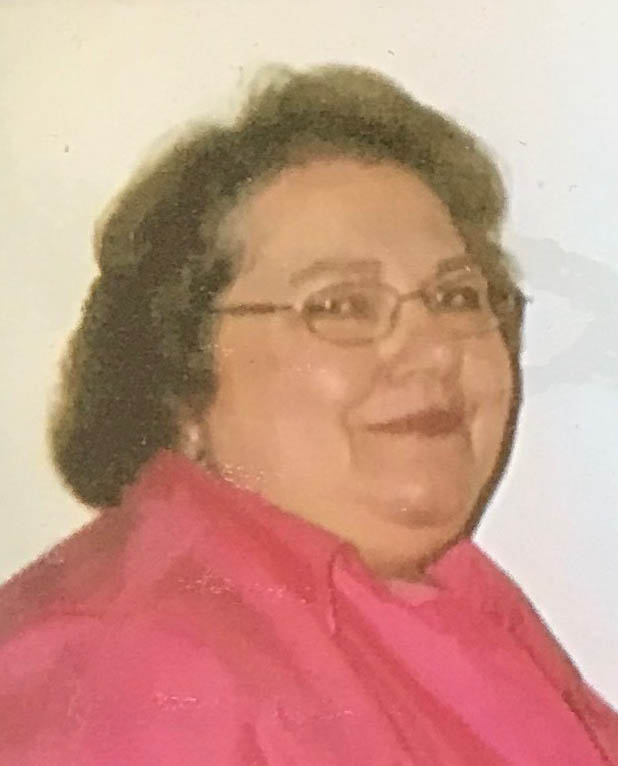 Evelyn Palmer, 62 of Shadyside, Ohio died on Monday November 20, 2017 surrounded by her loved ones.

She was born August 1, 1955 a daughter of the late James Lewis and Betty Mae (Gallaher) Coss in Powhatan Point, Ohio.

Evelyn graduated from River H. S. and enjoyed crocheting, cooking and loved her grandchildren very much.

She was preceded in death by her parents, her husband Roger Russell Palmer Sr., a brother James Ricky Coss and step-brother Timothy Inherst.

In addition she is survived by her siblings Ruth Ann (David) Rayner of Bellaire, Ohio, Janet (Roger) Darrah of Bellaire, Ohio and a sister-in-law Lisa Kropka of Ashland, Ohio, Step-mother Carol Coss, Step-sister Cathy Carter both of Barnesville, Ohio,  along with four grandchildren, Paige Marie Palmer, Roger James Palmer, Jillian Michelle Joseph and Jordan Michael Joseph, as well as many nieces and nephews.

Family and friends will be received at the Bauknecht-Altmeyer Funeral Homes & Crematory 3900 Central Ave, Shadyside, Ohio 43947 on Monday November 27, 2017 from 2 until 6 pm.

Funeral service will be held on Tuesday at 11 am with Rev. James Hoff officiating.

Memorial contributions can be made to the Shadyside Police Department or to the OR&W Fire District by going to “TMCFunding.com”

Share your thoughts and memories of Evelyn with the family at www.bauknechtaltmeyer.com

To the family of Evelyn, I am sorry for your loss. May you find comfort during this difficult time..

So sorry Ruth Ann, May God Bless and be with you and the family

Prayers for all the family,Christine, and Ruth Ann I am so sorry to hear of your lose. May God Bless all.

Ruthann I’m so
Sorry for your loss

Ruth Ann I’m so sorry for your loss

So sorry for your loss Evelyn was a very wonderful person always enjoyed talking with her .Gene has a lot of great memories growing up with her and her sisters and brother ,please know that our love ,thoughts and prayers will be with all of you .