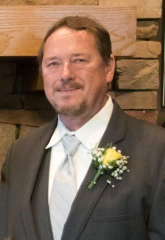 He was a Catholic by faith. Frank loved fishing and hunting, traveling with his family, playing ball with his sons, and spending time with his wife, sons, and grandchildren. Frank was retired from maintenance at Monogram Metals in Byesville, Ohio. He worked there for 24 years. He formerly was employed at Phillips Stamping Co. in Bellaire, Wheeling Clinic, and Clevite in Lansing, and worked other jobs as well.

In addition to his parents and grandparents, he was preceded in death by his son, Justin Michael “Lefty” Paliswat on September 26, 2021 whom he missed greatly; many uncles, aunts, cousins, and friends; his father-in-law and mother-in-law, John (1912-1977) and Stella Dorothy (Salva) Kurko (1916-1986); a nephew Kelly Lofton.

Family and friends will be received Wednesday, January 11, 2023 from 12:30 until time of service at 2pm with Fr. Dan Heusel officiating at the Bauknecht-Altmeyer Funeral Homes and Crematory, 3900 Central Ave., Shadyside, Ohio. A small luncheon will follow at the Paliswat home. Inurnment will follow at a later date at Union Cemetery in St. Clairsville.

We are so sorry to learn of Frank’s death Mary Catherine. We had no idea this happened and would have been there if we would have known. We send our love and prayers to you and your family. May you find comfort in all the memories you shared. Love, Stevie and MaryJo

I want to extend my condolences to the family of Frank…we knew him for many years. Frank was always a hard working and kind man. May he RIP