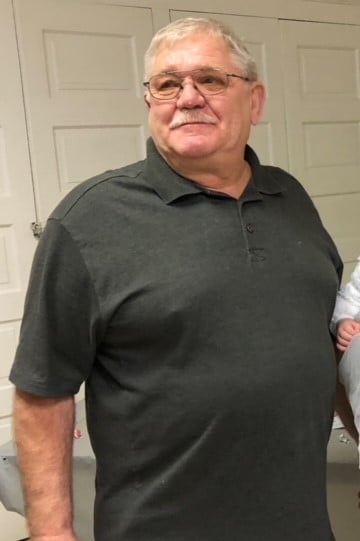 Donate to the American Cancer Society

Frank was born in Washington, Pennsylvania on July 25, 1949 to the late Frank and Margaret (Rossi) Leopold of Hickory, Pennsylvania.

Frank had several successful careers throughout his life ending with his retirement from the Kammer Mitchell Power Plant.

He enjoyed camping, visiting with friends, riding his Harley, dune buggy riding, time with family and grandchildren, and relaxing with his best fur friend, Izzie.

In lieu of flowers, the family asks for memorial contributions to the American Cancer Society.

Becky, I’m so very sorry for the loss to you and the entire family. And I’m sorry that I can’t give you a big hug in person, but know my thoughts are with all of you. Buggy

Our thoughts and prayers to cynde and family. What a loss you have all suffered. I pray that God may bring you comfort and peace through this difficult time.
Paige Michael & Vance knight

Cathy, So very sorry to hear about Franks passing. I remember us play when we were very young, before your time.

So sorry to hear about Frank passing. Praying for you and all of your family.

We are so sorry of your loss. Our condolences

So sorry for the loss of a dear cousin. Thoughts and prayers to family. Such a great loss recently.