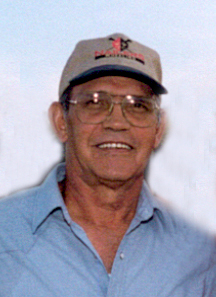 Gary “Gunny” Hollingshead died on Friday May 11, 2018 at his home surrounded by his loved ones.

He was born July 13, 1942 a son of the late Charles and Sarah (Heath) Hollingshead in Bellaire, Ohio.

Gary worked as a cement finisher for the Walters Construction Company.

In addition, he is survived by his siblings, Terry (Tammy) Hollingshead of Bellaire, Ohio, Shirley Brown of Powhatan Point, Ohio, Kay (John) Abrigg of Wheeling, WV and Sharon Kinder of Bellaire, Ohio.

He is also survived by a granddaughter, Kristen (Jeremy) Cecil of Moundsville, WV and two great-great grandchildren, Brayson and Taislyn along with several nieces and nephews.

Family and friends will be received at the Bauknecht-Altmeyer Funeral Homes & Crematory 441, 37th Street, Bellaire, Ohio 43906 on Tuesday May 15 from 1 until 5 pm.

Memorial contributions can be made to Metal for Mutts by going to “TMCFunding.com.

Share your thoughts and memories of Gary with the family at www.bauknechtaltmeyer.com.

So sorry to hear this sad news of Gunny. I was searching for him for my husband who grew up with him. RIP sweet friend. Sincerely Russ and Karen Yost

So sorry for your loss. Keeping your family in my thoughts and prayers.

RIP Gunny!
I’m so glad I phone you three weeks ago
Amd we got to talk!
You have you angel wing I heard a bell ring last night!
Prayer to your family

Our thoughts and prayers go out to Gunny and his family.

Although we did not know Gunny personally, we have heard a lot about him from our friends Tanya and Steve Sables. Our prayers go out to him and family. God Bless.

RIP Gunny, you were a good friend.

Although I did not know Gunny personally, I have heard a lot of story’s about him from Jeff and I know Jeff loved him dearly . Now they are together again and smiling down upon us. May God bless you and keep you in this time of need. So sorry for your loss.

RIP Gunny!
Prayer to the family!