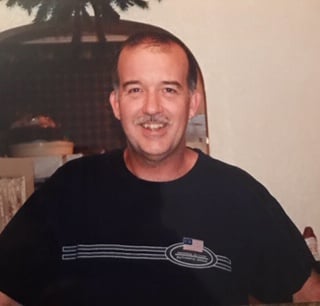 George was born August 15, 1955 in Bellaire, OH a son of the late George R. Emery and Katherine Boyd Emery Nemec.

George was retired from the former Ormet Corporation and the East Ohio Regional Transit Authority. He was a 1973 graduate of Shadyside High School and a Methodist by Faith.

Preceding him in death was a sister Jodee Staskey

In honoring George’s wishes, there will be no visitation. His sons will have a private service at a later date.

Memorial contributions may be made to the American Cancer Society by going to www.TMCFunding.com

Condolences may be expressed to the family at ww.bauknechtaltmeyer.com

Colby and Bobby I worked with your dad at Ormet. We had tons of fun. Myself and another one of your dad’s buddies poured the concrete for your basketball court years ago. He was a heck of a guy and would do anything for you. I often tell others of the fun we had at Ormet. I will remember him always. My deepest sympathies.

Penny, I am so sorry to hear about your loss. Prayers for you and family..

Bobby and Colby – I’ve never met you but I met your wonderful father. What a kind, gentle person he was. He brought so much joy and happiness to my sister Reggie. As far as I’m concerned, he was a “knight in shining armor”. I’m so sorry for your loss. In the days to come, you will be comforted by your precious thoughts and memories of him. Take comfort also in the words found at Revelation 21:3, 4. George was truly a kind, good man.

I was shocked and saddened to hear of George’s passing. He was always one of my favorite people. My thoughts and prayers to Bobby and Colby and the rest of the family.

My condolences to George’s family, friends, and all of those who have, and will continue to miss him. I had the pleasure of working with George. He gave us all a nickname and a minimum of 1 good laugh every day. He’ll definitely be missed.

Such a down to earth, good guy. It was a pleasure working with him. We are so sorry for your loss.

Sorry for your loss George was a good man and a good friend he always made us laugh r.i.p. George you will be messed.

Bobby and Colby, so sorry to hear about your dad! George was such a good guy. We will never forget all the fun we had in baseball, so many good memories and fun times! You have our deepest heartfelt sympathy. Love, Ronnie and Karen

So sorry for your loss! George was such a good guy.