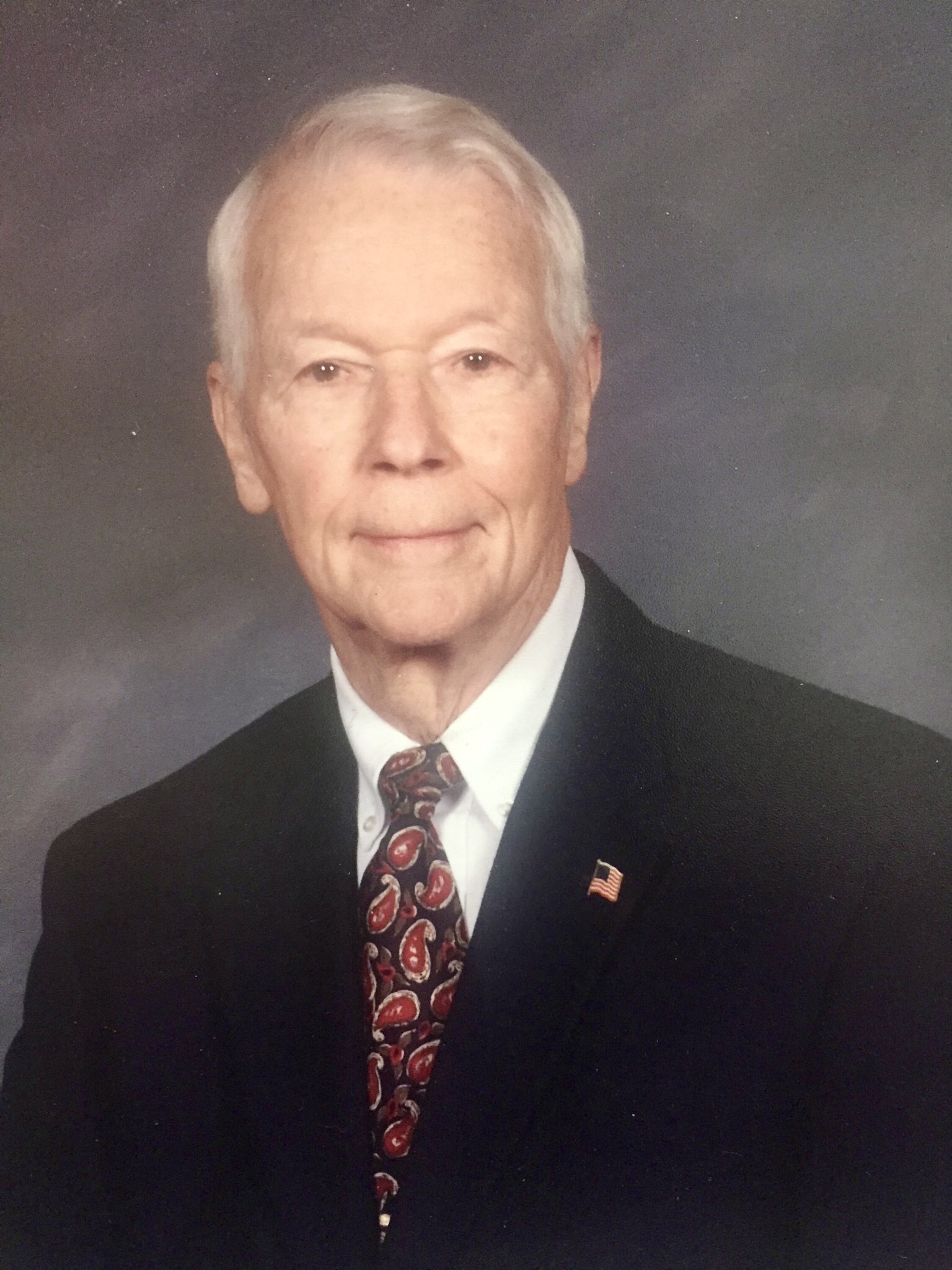 He was born November 22, 1932 a son of the late George and Marie (Braunlich) Johnston Sr. in Bellaire, Ohio.

George was a veteran of the U.S. Army and V.P. of the former Buckeye Savings and Loan. He enjoyed Bellaire football, The Ohio State Buckeyes and liked deer hunting.

He was a member of the Stone Chimney Club, the Ionic lodge of Bellaire and the American Legion Post 52.

George was preceded in death by his parents as well as a sister Jeanne L. Johnston.

He is survived by his wife Paula (Rose) Johnston, his children Michelle (William) Collignon of Grove City, OH and Geoffrey E. Johnston.

The Belmont County Council of the American Legion will conduct services at 7:45 pm.

Funeral Service will be held on Thursday January 24, 2019 at 10 am with Pastor Christina Kestner officiating.

Memorial contributions can be made to the Bellaire Presbyterian Church by going to “TMCFunding.com”.

Share your thoughts and memories of George with the family at www.bauknechtaltmeyer.com

Dear George, I am your second cousin, Lynda Quick Dostal, and I wish I had met you and your dad. You sound like an amazing man and a person to be proud of. I truly am saddened I hadn’t found you sooner. I pray you will see this and know that you had dear extended family who treasured your life and your memory. My grandma Kitty Johnston Koonce and your grandpa Harry were siblings so I know a lot about your family. I have many pictures to share so that they can also treasure your family memories. Again, rest in peace my dear cousin. We will meet up soon.

We are so sorry to hear of your loss. I always enjoyed catching up with George at Stone Chimney and will always remember him as a true gentleman.

Please know you are in our thoughts and prayers.

Paula, Enjoyed seeing him with you at the Docent luncheon each year. Will keep you in our prayers.

Paula,
So sorry to hear of George’s passing. Our sympathy to you and your family.

Paula and children: I think so fondly of the memories George and I shared at the old Buckeye Bank. He was always fun loving and ornery and it was so nice to have you both as neighbors on the Hill. May you have some peace knowing he is free from his trials and pain and that he is one of the ANgels above us now.

Paula, I am so sorry to learn of the loss of your husband. May God be with you and your children through this difficult time. Prayers Tonya (St. John) Grimm

We are sorry to hear of George’s passing & will remember the good visits to Bellaire. Keeping you & your family in our prayers.

May your memories of George E. Johnston, Jr., give you peace, comfort and strength…

What a wonderful man that I had the privilege of knowing
He is another great great loss for all that knew him
Sincerely. Walt muklewicz

Paula we extend our deepest sympathies on your loss of a really fine gentleman. George was so kind in his dealings with everyone.